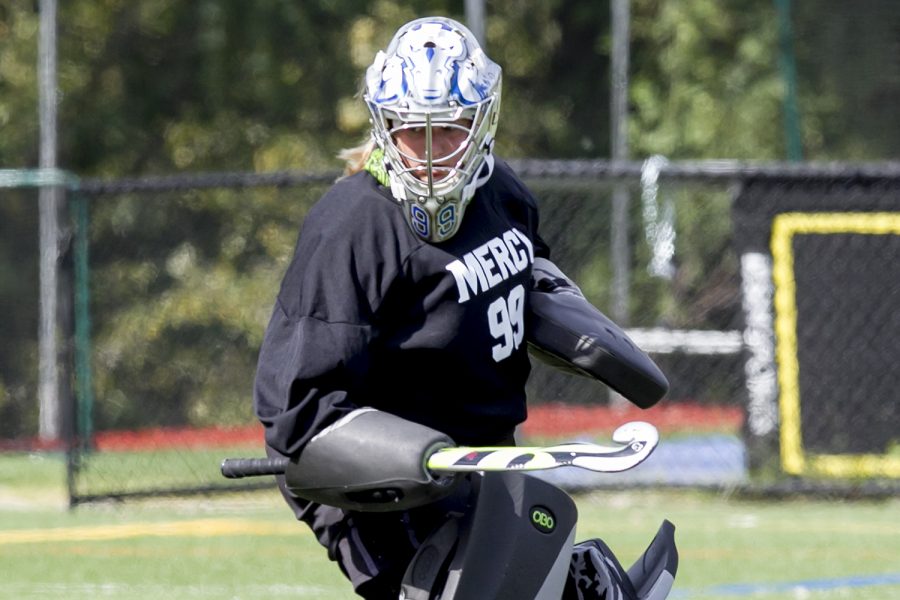 Sophomore goalkeeper Lauren Viscione had a game-high 12 saves, but it was not enough as the Mavericks lost by two.

The Mavericks are now 3-7 and have dropped two straight games. The Panthers are red hot and have won 9 games in a row.

Senior midfielder Sabrina Anderson led the Mavericks with 2 shots on goal. Defender Nicole Cotton also added 1 shot on goal for the game. Adelphi’s top gun was Jackie Brown, who had two goals for the Panthers. Stephanie Peragallo had three saves to on the day.

Viscione started the game on the fence and saved three goals in the first quarter. The game did not have a score after one-quarter of play. The Panthers recorded a shot on goal but Viscione continued her stellar defense and the game was still 0-0 heading into the second half.

Adelphi scored in the third quarter on a penalty stroke which put them up 1-0. The score remained 1-0 heading into the final quarter of play. In the 49th minute of action, the Panthers netted their second goal which put them up 2-0 in the game. Viscione had six fourth-quarter saves but Mercy could not get any offense going and would lose 2-0.

Head Coach Morgan O’Donohue will look to get her Mavericks back on track as they resume action against No. 7 Kutztown. The game is postponed until further notice.

The Panthers have beat Mercy in all seven meetings that they have faced each other.

Mercy has netted 11 goals this season. They also have 5 assists and 118 saves on the year.