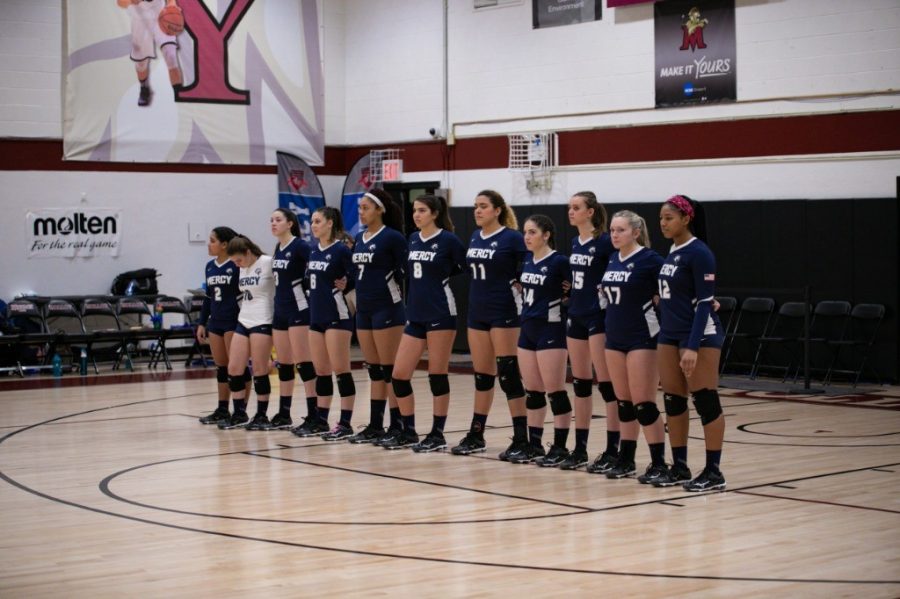 Garcia now has 1,005 career assists after recording a double-double by way of 20 assists and ten digs. Sophomore Loreto Nunez Casal had a team-high 11 kills and junior Adriana Lopez-Soto had eight digs.

Mercy took an early 2-1 lead in set two after a Nunez Casal kill. However, Molloy went on a 7-0 run to take an 8-2 lead. The Mavericks later made it 13-8 on a Nichole Rivera Maldonado kill, but the hosts stormed back on a 6-1 run to take a 19-9 lead they would not relinquish in taking set two.

The Mavericks scored the first point of set three on an Imani DeBose kill. The Lions ensued with a 6-0 run to take a 6-1 lead and increased the lead to 14-6, forcing a Mercy timeout. Molloy later built the lead to 22-9 and despite a late Mercy rally held on for the set and match victory.

Mercy will be in a great spot heading into the 2020 season. They will be losing four seniors, break out star Imani DeBose, Ciara Rosado, Jessica Berka , and NeKendra Liddie.

With great seasons from junior Natalia Garcia and sophomore Loreto Nunez Casal, they’ll look for continued success in the 2020 season. And with another freshman class, the Mavs will look the continue an up clime in the ECC conference.