9 Steps Of Sending A Risky Text 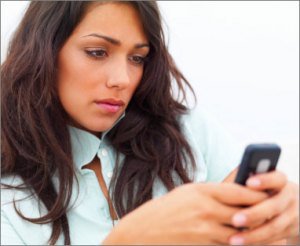 Typing it all out

The first step is the easiest. You spend all day figuring out how you’re going to put your feelings into words, and the second you start typing it all out, your thoughts organize into a single file line from your brain to your fingers to your phone. Your fingertips are spelling out hundreds of words per minute. The next thing you know, you’ve filled out a text bubble at least 6 inches long.

When your fingers are moving at the speed of light, there’s a good chance a few spelling errors and autocorrects made their way into your venting session. So you’ll read it through, and fix what you notice first. Then you’ll reread it, decide something can be worded better, and change it. And of course, you read it one more time, just to make sure you didn’t miss anything that you’re going to notice and feel stupid about seconds after you finally get the nerve to send it.

After you read your text over at least 10 times (with several edits of course) comes the part where you decide whether or not you’re actually going to send it. Sure, you’ve just gone on a rampage in one text that’s longer than papers you’ve written throughout your school life, but should you send it? What happens if you press send? What is he or she going to say back? Should you just delete it completely and not say anything at all?

You did it. Hundreds of letters, words, and emojis from the depths of your heart and soul have now entered cyber space and it’s too late to take any of it back. And by the time your brain has been able to comprehend the crushing realization of your actions, that evil little “delivered” sign appears underneath your text as a crippling reminder that nothing you do can change the fact that your message has been received.

Panic and Regret (AKA the Oh Crap stage)

At this point you’re contemplating calling 911 because it can’t be healthy for your heart to be pounding this hard. What have you done? Right now you’re full of regret and hating yourself for even thinking about making this text in the first place. You’re probably thinking of every stupid thing you’ve ever done and where sending this message ranks in the top ten.

While in your state of panic, you’re probably going to reread your text over a few more times. And of course, now that it’s sent, you think of a million more things you should have said differently or added to the message. All the sassy, clever remarks that could have made only come to your mind after it’s too late. Now you have to decide whether or not sending them all in another text message is acceptable or will label you as a crazy person.

The first moments after sending a risky text seem to go on forever and time slows down completely. You stare at your phone, convinced that the five minutes that have passed have actually been an hour. IPhone users get the added bonus being able to see when another iPhone user is responding to their text. You stare at those three evil dots with complete concentration, willing the response to come as soon as possible because you surely wont survive waiting a second longer.

Finally, the moment you’ve been simultaneously dreading and desperate for arrives. You hear the notification alert chime. After waiting for what seemed like an eternity, they have finally answered your text. Now there are a few different ways this can go. You can get the short, barely thought out, brushing you off text that sends you off the wall. It usually is followed by a “that’s all you have to say after I typed all of that?” reaction, and is the easiest way to make a girl mad. There’s also the possibility you’re going to get a long, heartfelt response back that usually results in a very long back and forth conversation of lengthy paragraphs that leave you drained and exhausted.

Usually the end of a conversation that starts with a long, risky text leaves the sender feeling disappointed or unsatisfied. It’s rare that things ever work out expected in these conversations. Moral of the story, save spilling your heart and speaking your mind for face-to-face conversations.”