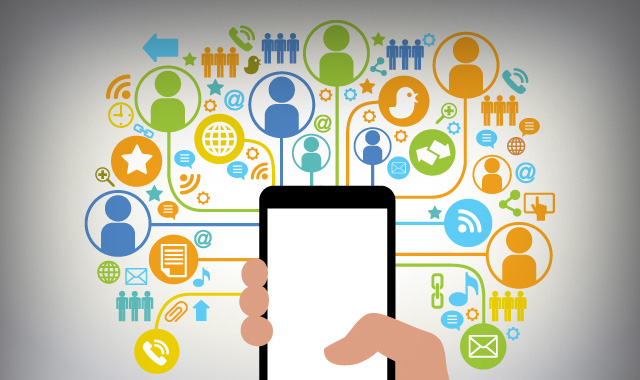 Let’s face it; this generation is overtaken with technology. So much in fact, that there are many struggles now that are faced in everyday life, that just were not a problem 10 plus years ago. This generation is connected in a way that wasn’t possible before, with everyone walking around with a mini computer in their pockets it’s hard to escape. It can be considered a blessing and a curse. So here are 10 modern day struggles that were not problems back in the ’90s.

1.Living Around Your Phone

Your phone is now your master, in which, it controls everything you do. You live around its battery life. If your phone battery dies, in a sense you die (not actually just metaphorically of course). Who you can text and what social media or games you can use on it is based upon how much data you have left on your plan. Texting someone is no longer just a convenience, it’s a new way of life.

Those three little bars that seem to make your phone actually work faster and even save your data. It’s the reason we live and breathe. The “FREE Wi-Fi” in stores makes eyes light up with joy!

It used to be when you weren’t sure about a certain fact you argue with your friends. Normally you would believe whoever is the smartest of your friends. But the seriousness of someone raising their voice and saying something along the lines of “I swear on [insert name of deceased here]’s grave…” you knew that they weren’t playing around. Now all we have to do is whip out our phone and ‘Google’ it. Taking someone’s word for something is dead. YouTube has changed people’s lives. Made them into internet celebrities. But now just to watch videos in the first place is an annoying. When you have to sit through a full advertisement that is actually longer than the video that you’re going there to work. Now instead of my phone loading just one video that I actually wanted to watch, it has to load two videos one of which is something that I have no interest in whatsoever and will probably click the Skip button as soon as that countdown is over.

Or just picking a filter for it in general. With social media such as Facebook, Twitter and especially Instagram being so widely popular, it’s no wonder this is a huge struggle. On a side note “selfie” wasn’t even a known word back in the day.

6.Forgetting What Sunshine Is

Services such as Netflix, Hulu an HBO single handedly shut down blockbusters everywhere. You can now watch full TV Series and a HUGE selection of movies from your own living room. We live in a world where we stare at all different types of screens sometimes even more than one at the same time. And the best way to see them is in the dark. So, when you are finally done after eight hours in the same spot after watching an entire season of Breaking Bad on Netflix, and you step into the sunlight the paleness is evident and the sun burns your eyes only making you want to go back to that dark place even more.

This generation does not just have technology priorities messed up but they have the dating scene is all sorts of messed up. ‘Netflix and Chilling’ is not the thing rather than picking a girl up and taking her on an actual date. There’s no more wooing a girl like there used to be.

This goes back to the whole dating scene being messed up. With instant gratification being a super real thing TINDER was developed. You solely are based upon pictures you take and a witty caption and profile. THAT’S IT! The shallow nature of this is disgusting yet everyone finds themselves on it at one point or another. Whether it be to laugh, just to see or to really be in it for love, you’re bound to meet a creepy d-bag or two. Because it’s no longer ‘cool’ to be nice to a girl and ask how she is, we have to make a joke to get into their pants and let them know how hot we think they are.

9.Running Out Of Pandora Skips

Oh Pandora. You can limit my skips but you can never limit my ability to change stations until I finally find something I want to listen to. God forbid I actually pay for your services, or buy a CD in fact. Those things scratch and skip. Never going back to that. All I need in my car now is an AUX Cord. Who needs a CD player anymore?

Social media is fun but, it is super easy to get way too emerged into the internet world. The problem is now that many can hide behind a screen and are capable of saying mean and hurtful things. So much so that it can drive someone to the point of depression or in severe cases self harm. We as the internet hold a sort of responsibility when just making any sort of account on anything to uphold a level of respect for everyone else and not say these sorts of hurtful things. If by any chance you see someone doing it we also have a responsibility to report it and stand up for what we all know is right.

To learn more about how Cyber Bullying and how to identify and stop it visit stopbullying.gov/cyberbullying