7 Facts That Will Make You Love Polar Bears

1.Polar bears are solitary animals.
With the exception of females with cubs. Polar bears are intrepid travelers. Their “home” territory can range from 20,000 to 100,000 square miles.
2. The polar bear is the largest land dwelling carnivore.
Polar bears can reach a height up to 10 feet. An adult male polar bear typically weighs between 775 and 1,200 pounds. The largest ever recorded was a male weighing 2,209 pounds, according to Polar Bear International.
3. Polar bears can swim non-stop for over a week.
Their webbed paws slice ocean waves at nearly 6mph where Olympic swimmers only clock in at a measly 4.5mph. Some polar bears have been recorded 200 miles from shore. The ultimate record was sent in 2011 when a mother bear swam 426 miles over nine days. 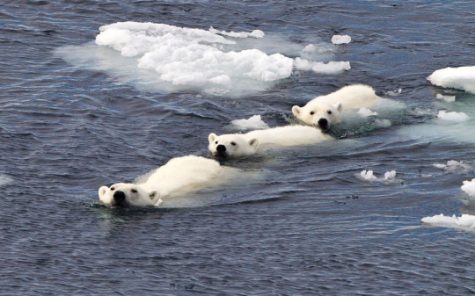 4. Two thirds of polar bears could disappear by 2050.
Polar bears rely heavily on sea ice to hunt for prey. Global warming could melt enough ice and has started making the bears swim longer distances, using more energy and still struggling to find food. The United States listed polar bears under the Endangered Species Act of May 2008.

5. Polar bears clean themselves by rubbing in the snow.

6. Polar bears aren’t actually white.
The outer hairs, or guard hairs, are actually see-through. When sunlight reflects on the bear’s coat, wavelengths of light bounce off and make it appear to be white. A polar bear’s skin is usually black, and you can tell its true color by the color of its nose. 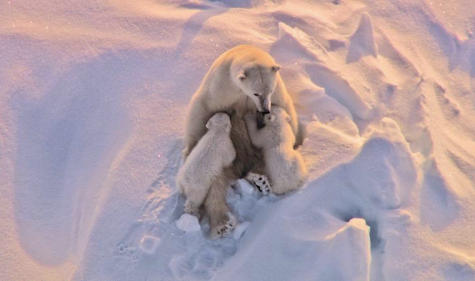 7. Polar bears have no natural enemies.
Talk about a life of peace… 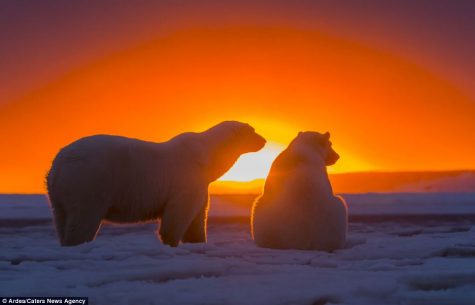