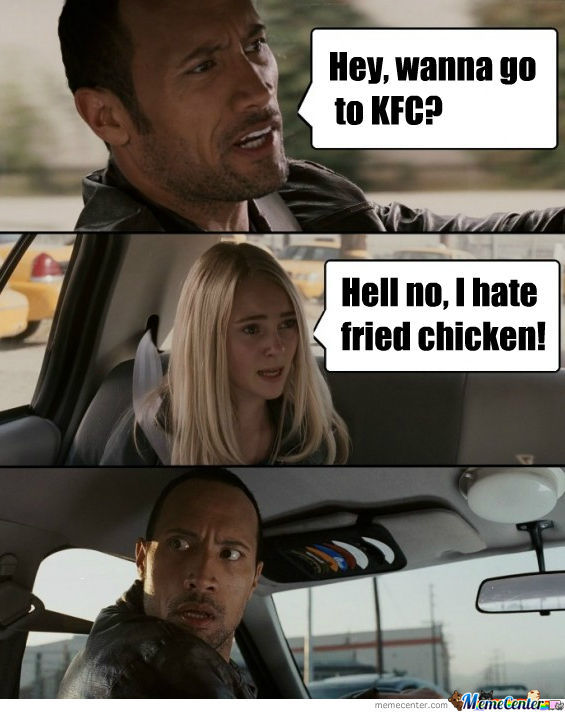 As all groups have stereotypes, it would not be uncommon to realize you fulfill plenty of them. I find myself, however, not meeting the rude expectations that have been predetermined about me. Here is a great list of things I don’t do.

People automatically assume that because I’m black, I speak slang. That is very racist to me, and it reminds me of a teacher when I was twelve, who went out of her way to say, “He’s so well spoken,” when she heard me talk to another teacher. This was a predominantly black middle school, so she said I speak well, but as opposed to what? Slang is considered the lowest tier of speech, so to assume all black people do it is racist, but to be surprised that you found a “good negro” that manages to avoid it is worse. I have even been told I’m not black enough for not speaking slang, which I find annoying. Well, I do not. It stresses me the hell out. I can eat chicken in general, so throw me some Parmesan chicken, and I’m fine. Fries chicken, however, is annoying because if I chew it, I can feel the gross fat swirling in with the meat, so I want to spit it back out. 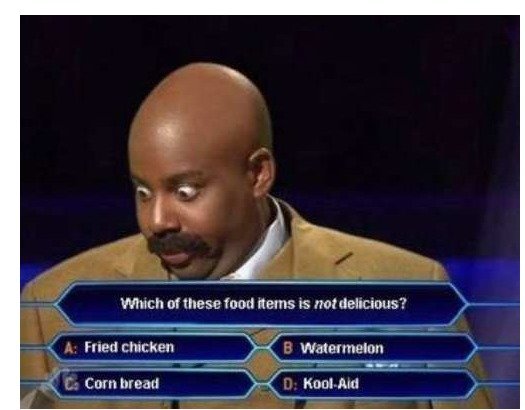 That crap is unsubstantial sugar water, requiring unholy levels of sugar to even taste like anything. My mother never let me have it as a kid, and I can see why on a health level, but for it to also not even taste good is ridiculous.

I have never tried it myself, and right now, I see no reason to. Unless I meet Snoop Dogg… I’m open to smoking with Snoop Dogg…

All 21 Year Olds (and under, but won’t admit it) Drink Alcohol

I have also never tried alcohol, because it seems gross from the scent. My father and grandfather “indulged” in the burning liquid, but I seem fine without it. Besides, I say offensive things while sober, so I can’t imagine me with literally no filter, and I don’t respect the concept of that version of me existing.

All College Students Are Coffee (and Adderall) Obsessed

I again find myself sitting on the outskirts, because I have never tried either. Coffee seems too strong, and I didn’t want to become reliant on it to even wake up. Besides, I have enough trouble getting up anyway. As for Adderall, I just choose to have poor focus.

All People Below the Age of 30 (and some older) Are Social Media Obsessed.

I have never used social media except to see what celebrities would be at Comic Con, and at what time. Anybody that needs to speak to me likely has my phone number, or needs to get it. A vast majority of the fights that happened in my school were because of Facebook. So, I guess, keep using social media so I can watch you all like sad gladiators.

Stereotypes are typically embellishments on what people observe from a group. The characteristics found can be true to a degree, but in most cases as they apply to me, they are false. When lighthearted, stereotypes can be entertaining, but even then, they don’t necessarily apply to all members of the group.