10 gaming moments that make your purchase worth it

One of the most fundamental things in modern video games is the idea of the “moments.” A moment just makes you go “aw yeah” or “oh no.” This list is dedicated to those moments that range from the logical to the downright out of left field moments.

Also, spoilers, lots and lots of spoilers ahead. 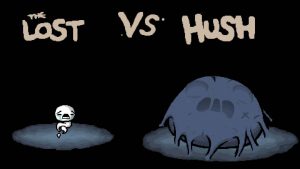 So, to start things off let’s look at a moment that’s entirely optional, is complete BS to do, and yet is also so tempting to do. The rogue-like game Binding of Isaac Afterbirth has a lot of option bosses that are not required to beat the game. However, these bosses due give out new items and endings when beaten so it’s generally a good idea to take a crack at them. However, the optional boss Hush posts a whole new challenge to the player due in part to his ridiculous defenses and health. Oh, and don’t forget the intense bullet spam that occurs whenever he’s close to death, cause that’s always fun. Regardless, he’s on this list because most players who fight Hush for the first time, provided they didn’t spoiler the game for themselves, have no idea what they are in for until it’s too late. 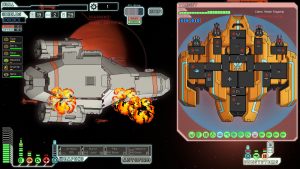 In the indie game FTL, players are racing to the finish line across the cosmos in order to fight the last boss of the game, the Rebellions Flagship. What people weren’t expecting was for a three-part battle for survival that will pit the player against an opponent that, despite losing whole sections of itself, becomes more and more difficult to kill. One strategy won’t necessarily work twice so it forces the player to think twice during this fight. This moment’s on the list in part due to how the Flagship refuses to die even when its health drops below zero. 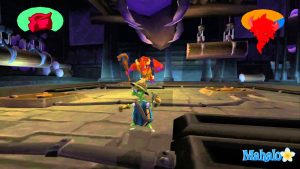 In Sly 2 the player is tasked with stealing “The Clockwork parts”, parts to a giant mechanical bird so it can never be rebuilt (don’t ask, it’s a long story). By the time they reach the one of the last two known owners of the Clockwork parts, the player has a decent understanding of how things are supposed to go. Scout out the area, form a final plan, execute the final plan, steal the parts and then celebrate later on. However, when the player reaches Jean Bison’s logging camp/ lumberjack games tournament (again, long story) things don’t go exactly as planned. Jean actually turns the stables on the player and steals back all the parts that you’ve acquired up until that point. On top of that, you’re forced to fight him with your weakest party member which is less of a fight and more of a “run for your life” kind of scenario. This moment’s on the list because Bison seemed like the one guy who could never get the better of you, and yet he still did. 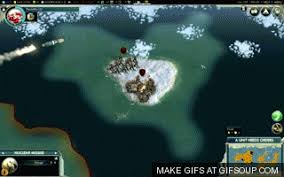 Ok, this one’s a bit of a stretch since it in a game without a real story mode. But screw it, this moment’s too good not to put in this list. In Civ 5, the ability to acquire nukes is one of the most morally bankrupt and yet greatest things you can do in this game. On one hand, you know it’s wrong to nuke people, but on the other hand, you also got things to do… 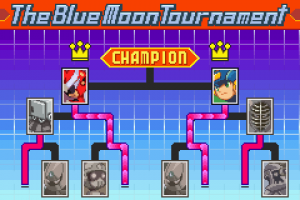 Now for the record, you have to beat the game a few times in order to unlock this boss fight, but it’s worth it. In the battle network series, Protoman is your god damn rival, it’s your sacred duty to fight him at any given opportunity. And what better way to do it than in a tournament scene.

6. The Legend of Zelda The Minish Cap: getting the Ocarina of the Wind 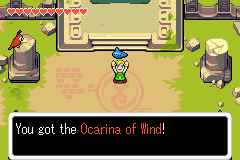 The Ocarina of the Wind gives the player the ability to warp travel to past locations, it’s a pretty useful tool. However, you get to use a cute bird to travel. CUTE. BIRD. No argument needed, it’s the best god damn item ever created. Screw the sword, I’ll just summon birds to fight the final boss.

7. Pokémon Emerald: The awakening of Rayquaza 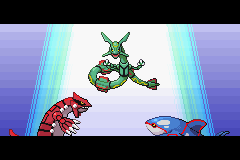 So, in Pokémon Emerald, a pirate guy and a science guy try to change the geography of the entire world because they want to save the environment. However, the two legendary Pokémon hate each other and they start a fight in the middle of a lake which leads to natural disasters and weather problems plaguing the world. So, you, the player, get to awaken a third Pokémon which scares the other two off. Just watching this giant green dragon fly down from the heavens to yell at these two like a disappointed parent is too good to be true.

In Xenoblade X, the Skell is a giant mech that makes traveling around the easier. But you know what’s better than a giant robot? A flying giant robot. The ability to fly around in the Skell makes traveling the map a breeze and also gives you the ability to skip over a lot of enemies that are a total pain to fight. Plus, it has a theme song that plays whenever you activate flight mode, which is also nice.

So, in KH2FM, Roxas is your characters “other self”. He gets mentioned by the main villains of the game, “Organization XIII”, at every turn but you never get the chance to see him in person. Until the late game, when he comes barreling at you with the intent to kill you! It’s a fight you never expected to happen, and Roxas doesn’t pull any punches. 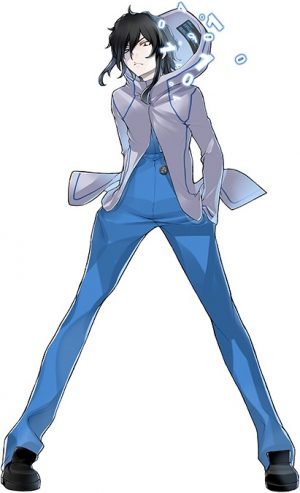 So, the number one spot requires you to answer this one question. Did you ever see a character that pulled a double cross resists every attempt your character makes at reasoning with him? Did he pull the infamous “Sauce” and leave you like “I want to punch you in the face you edge lord”? Well in Cyber Sleuth, right as your about to feel that moment, your character actually does it. HE PUNCHES THE SASUKE. REPEATEDLY. AND IT’S GLORIOUS.

Those are the  10 people. Each of these moments was put on the list because they took a game that I was enjoying to a whole new level that I didn’t think was possible. Of course, you might find some or all of these events aren’t that special and that is fine. That is the wonder of gaming, we all enjoy different things. Though I hope some of you felt something when reading this list and looking back at your past gaming history.