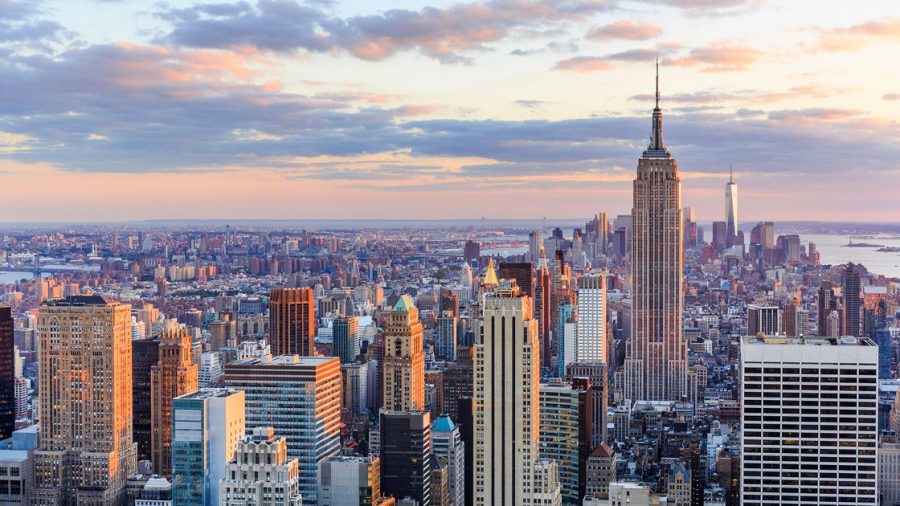 Manhattan is home to nearly 10,000+ eateries, cafes and restaurants all vying for tourists, rush-hour workers and commuters’ attention. About a dozen or more food joints open every week, adding to the difficult decision of where to grab a quick bite or a fast-casual meal. Here are ten of the most exciting, buzz-worthy spots to visit next time you find yourself hungry as you stroll through the city.

This Greenwich Village shop showcases the addictive chocolate hazelnut spread in all its glory. Sugary delights includes crepes, frozen popsicles and pastries. There’s even a create your own dessert station. Start with a hazelnut filled base of either waffles, french toast or pancakes. You can then add a filling and some toppings, ranging from strawberries and blueberries, all the way to apple compote and bananas.

After conquering the East Village, restaurateur David Chang brings his ramen based shop to the third floor of the Time Warner Center. The design is very modern and is reminiscent of a classic Manhattan dinner, complete with two bars and booths running through the middle of the restaurant. Besides offering ramen dishes, the joint also serves up steamed breads, rice and buns.

This Filipino fried chicken establishment has opened its first Manhattan location near the Port Authority Bus Terminal. When it debuted back on October 27th, hundreds of devoted fans lined up to get  their hands on Chickenjoy, basically fried chicken and rice covered in gravy. Other items here include spaghetti with hot dogs and peach mango pies.

This Hong Kong-based dim sum joint is noted as the world’s most inexpensive Michelin Star restaurant. It’s East Village location is packed to the brim daily with waits up to three hours. The new Hell’s Kitchen digs hopes to attract the same fan base found not only here in the city, but worldwide. Items here including pork buns, dumplings, steamed rice rolls and congee come in small plates meant to be shared amongst the table. Drinks here include specialty teas and coffee.

This comfort food chain has opened its sixth location in the Upper West Side. The breakfast menu consists of classics such as avocado toast, French toast, pancakes and steak and eggs. Lunch and dinner specialties include an array of sandwiches and salads, plus entrees such as chicken and waffles and grain bowls.