How to get Competitive Pokémon in Pokémon: Let’s Go 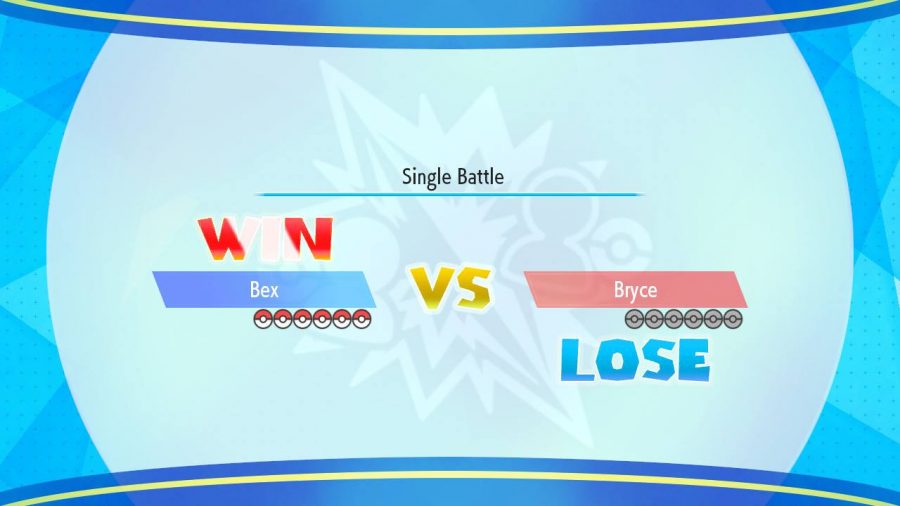 Before I welcome you To The Impact’s first TILT of 2019, I’d like to give a bit of a backstory on how I even chose my topic.

Over the winter break, I did a remote internship with a video game website called Gaming Historia. Unlike most internships, where you are a fetch boy or girl, and sit in maybe a meeting or two so you can gain “experience” in the industry, you are thrown into the fire.

Three post a week related to anything, preferably video games. That’s some real experience right there. Without further ado sit back, relax, maybe boot up your Nintendo Switch, and enjoy how to get Competitive Pokémon in Pokémon Let’s Go (In five easy steps)

The Pokémon competitive scene has saw a rise in popularity over the past decade. The main-series shift to focus more on the online multiplayer aspect and the Pokémon Video Game Championship (VGC) has aided in this spike, but not everyone has dipped their toe in the proverbial Poké-pool that is online battling.

Pokémon is still an RPG and many of the core gameplay mechanics that come with the genre ward off players. While all the stats, natures, values, etc. may seem difficult to comprehend at first, fear not as that is what this guide is here for.

Pokémon: Let’s Go, Pikachu! and Let’s Go, Eevee! have simplified the battle experience from what it has been over the past few installments. Look, Pokémon will never be the most complex RPG you will ever play, but this simplification means now is as great a time as ever to (at the very least) learn the basics of online competitive multiplayer.

*Note: Although it is not required, it is best to become Pokémon League Champion first as it will make the process go by much faster. Slight spoiler warning ahead as well*

5) Familiarize yourself with Pokémon Showdown!

Before we even boot up our Nintendo Switch and flail our arm around like a maniac catching Pokémon, we need to do some homework.

Pokémon Showdown! is an online Pokémon battle simulator, with animated sprites, that will serve as your hub for all things competitive Pokémon. Showdown! is also great to test teams, move sets, and mons on their competitive viability before putting in the effort to obtain them in-game. The many lobbies on Showdown! are also a great way to get into the community and learn from others. Showdown! can be played online via web browser or can be installed onto your PC or Mac.

We will use the water-type Pokémon Magikarp and his evolution Gyarados as our example throughout this guide. Okay, you have clicked on Gyarados and noticed that massive 125 base attack stat. Meaning it is best to use physical moves with “Gyara”.

A solid 100 in special defense (Sp. Def) also means that Gyarados has enough natural bulk to withstand a special hit or two depending on the effectiveness. Now that we have identified what “Gyara” strengths are it is time to optimize one for online play.

4) Familiarize yourself with nature & Madame Celadon

Pokémon first introduced natures back in Generation III with the release of Pokémon Ruby and Sapphire. Having the right nature on your mon, in this case Gyarados, is crucial as it can give you the edge needed to see out the win. There are 25 natures in the game, but only 20 that offer buffs and nerfs to the five stats (Atk, Def, Sp. Atk, Sp. Def, Speed). A 10% increase in one stat and a 10% decrease in another stat to be exact.

So, going back to our Gyarados example, we are looking for a nature that will increase that already beefy attack stat, but what stat do we hinder? How about that underwhelming 60 base special attack (Sp. Atk) stat? “Gyara” will not be using any special moves anyway so best to lower that stat. Now that we know our nature, which is adamant, how are we supposed to get that nature? Begin the arm flailing process and bank on a one in 25 chance at adamant? Absolutely… not.

Pokémon: Let’s Go, Pikachu! and Let’s Go, Eevee! are the first game in the Pokémon series to have a nature manipulating non-playable character (NPC). Madame Celadon can fittingly enough be found in the Celadon City Pokémon Center and for the modest, nature pun, price of 10,000 Poké Dollars can fix all of your encounters to be the same nature for 24 hours.

*Pro-tip: Once you become familiar and quicker at doing the process, you can take advantage of the 24-hour set nature to get multiple pokés that help from the same nature. Saving some valuable Poké Dollars along the way*

Individual Values (IVs) as we know them today were also introduced in Generation III alongside natures. IVs range from 0-31, meaning that your Poké can have up to an additional 31 points to all six stats (HP cannot be buffed or nerfed by any nature). Seeing as these 31 points can result in victory or defeat, players want five or 6 IV pokemon. Before we can even see what are IVs, we must unlock the function to even see them in-game.

The second floor of the building connecting Routes 11 and 12 will have one of Professor Oak’s aides and once you have caught 30 different species of Pokémon you will receive the judge function. You will need to catch 50 species to enter Koga, the 5th gym leader, gym anyway. So might as well pick this up when you are filling your dex.

Our Gyarados pictured above has five IVs with the only IV not being “Best” being his Sp. Atk stat. Which remember was decreased with our adamant nature anyway, so it is okay to only have five IVs in this situation. How does one go about trying to obtain these five or six IV Pokemon though?

By catch-chaining the same species of Pokémon that is how. Luckily, Magikarp can be found in almost every route that has water in the game so finding one to begin your chain should be fairly easy. Once the arm flailing finally commences just focus on getting your chain combo to 31. After a chain of 31, Pokémon will at the minimum have four perfect IVs. Depending on RNG, have your perfect IV mon ready after reaching your chain to 31.

2) Familiarize yourself with Bottle Caps and Mr. Hyper

Generation VII introduced bottle caps and hyper training to Pokémon and the mechanics have made their way into Pokémon: Let’s Go, Pikachu! and Let’s Go, Eevee! Once a Pokémon reaches level 100, go to the Pokémon Day Care on Route 5, just south of Cerulean City, and talk to Mr. Hyper. Trade him a bottle cap to hyper train any lacking IV stat to make it “Best.” Bottle caps come in 2 varieties; Regular and golden. Golden bottle caps hyper train all stats at once, but are extremely rare.

You can get one bottle cap daily for Alolan Trainer Mina in Vermilion City and have a chance for more in the six regenerating hidden spots in the Celadon Game Corner. This is also the only place to get golden bottle caps.

I recommend saving your game before searching the spots that way if you do not get a bottle cap you can restart your game and give it another crack.

Sometimes the mon you are chaining will run away or a shiny Pokémon that is not part of your chain will spawn and you have to catch it. These are ways to have a chain break in Let’s Go and unfortunately in doing so may leave you an IV or two short from getting that perfect ‘mon. Nothing a couple of bottle caps cannot fix. How does one get to level 100 though and quickly to even use these bottle caps?

1) Familiarize yourself with Cerulean Cave

The sole part of this guide that requires being the Pokémon League Champion to unlock. Cerulean Cave is most known for being the home to Mewtwo, but offers so much more in Pokémon: Let’s Go, Pikachu! and Let’s Go, Eevee! Under “normal rules” online, all Pokémon are set to level 50. If you already have a perfect IV mon all you have to do is evolve it and get it to level 50 and you are set. For the non-perfect ‘mons, catch chain Chanseys and a lot of them.

Chansey gives out the most experience in the game. Anywhere between 8,000 to 90,000 depending on the conditions. Also on the second floor of Cerulean Cave, there are these glittering spots that drop valuable items from golden berries to fossils that all sell for a pretty penny. So while grinding levels you are also earning quick cash that will help replenish the resources being lost from this process.

You have done it! You have made your first competitive Pokémon in Pokémon: Let’s Go, Pikachu! and Let’s Go, Eevee! Only five more to go for a complete team, but hey we all have to start somewhere right?