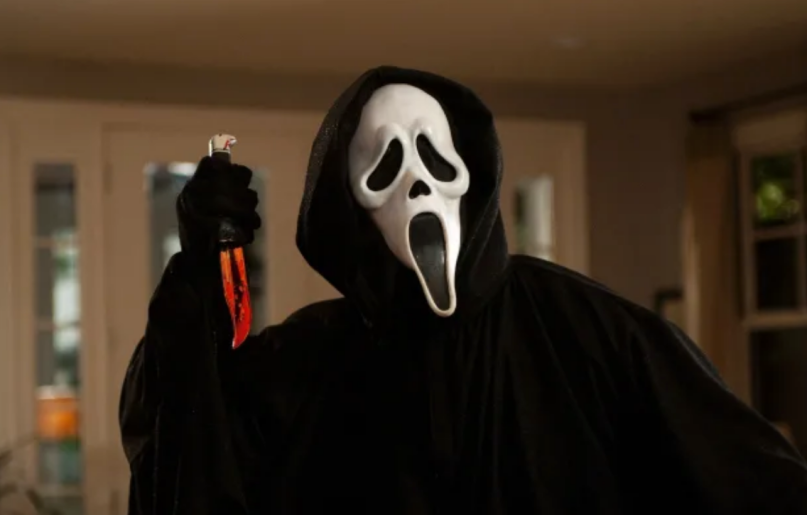 I’ve been a horror fanatic since I left the womb. As desensitized as I have become, I could never tire of binging through my endless collection of scares repeatedly. I love feeling spooked; I’m an adrenaline junkie!

So many amazing contributions have been made to our world’s giant library of works, but they wouldn’t be what they are without the wickedly charming icons that live inside each of them. I can’t possibly squeeze all the greats into 10 slots, but here are some of my favorites. I’ll count down from 10 to tell you why… 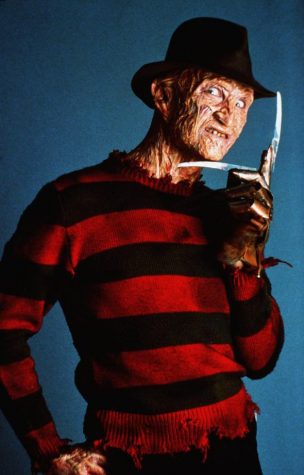 Wes Craven’s A Nightmare on Elm Street is obviously a classic. Who doesn’t love to watch a manic demon with a charred, disfigured face and a leather glove with sharp metal claws trap teenagers inside their nightmares and then brutally kill them?
Freddy has been around since 1984, and since then he’s had over 40 kills. One of his bloodiest kills was Glen Lantz from the very first movie in the franchise. Johnny Depp played Glen, and this was his first big-screen role. Glen stupidly falls asleep in his bed and Freddy sucks his body into the mattress. We then watch Glen’s blood and guts exit the mattress the same way he entered, but this time, in a serious projectile manner; turning his bedroom a lovely shade of red. 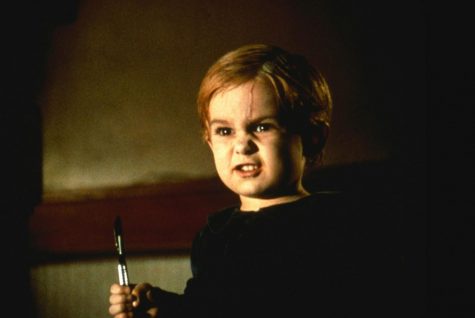 In Pet Sematary, the original film from 1989, Gage is the precious three-year-old boy whose family recently moved to Maine. When he gets tragically killed and then is brought back from the dead in a very desperate and ungodly way, the movie takes a terrifying turn.
Here’s this tiny little demon baby, still precious, and he’s walking around slitting people’s arteries with a scalpel he took from his father’s medical bag. Portraying a child in this light was taboo years ago. This film took horror to another level. Thank you, Stephen King. 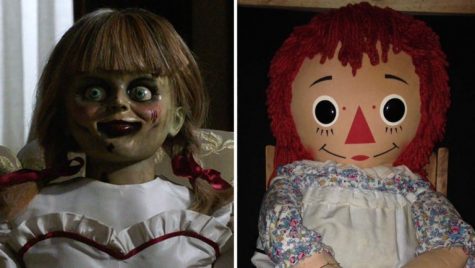 Annabelle, the doll, was introduced to us in the 2013 film, The Conjuring. While this outstanding portrayal of real-life events is only a handful of years old, the true story that it’s based on dates back to the 1970s. The real Annabelle doll is actually a giant Raggedy Ann doll that was once possessed by a demonic entity who posed as the spirit of a little girl named Annabelle Higgins.
People think dolls are terrifying in general, so combining that fear with the knowledge that the scariest doll of them all really exists, makes for quite a bone-trembling movie night.
The Conjuring Universe continues to grow, and Annabelle always seems to sneak her way in.
She doesn’t speak and she rarely moves. Whenever she’s near, horror is too. 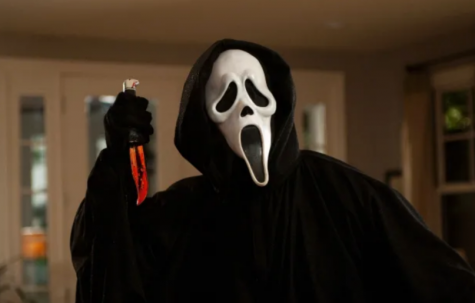 What’s your favorite scary movie? It wouldn’t happen to be Scream, would it? The stereotypical slasher film that has its way of mocking, well… slasher films; it’s another instant classic. It has a unique twist, though; Ghost Face, the cloaked villain with the eight-inch-long hunting knife, isn’t just one person. Ghost Face is an identity passed around by people with similar murderous cravings, and throughout the still-growing franchise, there have been countless men and women behind the mask. It’s creative, exciting, and twisted, and if you’re in the mood to watch someone have their innards ripped out and strewn about their bedroom, just refer to your friendly neighborhood Ghost Face; he never disappoints. 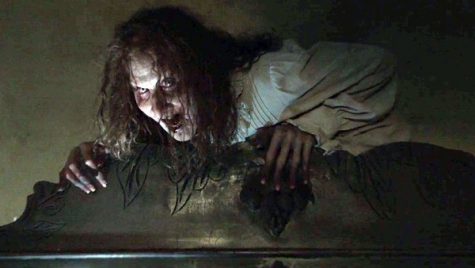 She’s a rather new face in the horror world and a God-awful ugly one at that. Bathsheba Sherman is the demonic witch who sacrificed her newborn baby in front of her fireplace, ran out to a tree in her backyard, climbed up, proclaimed her love to Satan, cursed anyone who tried to take her land, and then hung herself. Does that ring a bell? Another leading lady from The Conjuring, here to make certain we never sleep with our lights off again. She crosses every line you think might not be crossed, and she does it so well. The Conjuring brought an Exorcist style horror back, and it’s timeless.
If you’re home alone and two consecutive handclaps break the silence, say hi to my homegirl, Sheba! 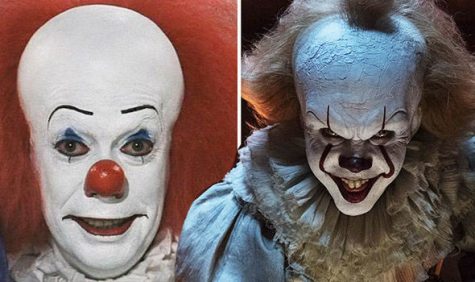 Demonic, shape-shifting clowns; one from the year 1990, and one from the year 2017. Remakes rarely compare to the original, but in this case, they hit the clown right on the nose. How someone can take the scariest thing ever and then make it even scarier than that, I don’t know. But it has been done. Pennywise literally eats children for dinner. He’s so sinister that you will check under your bed and inside your closets after watching IT. Pennywise is roughly six feet, three inches tall at his “normal” height, and that’s terrifying for someone who is five feet, one inch tall, such as me. However, his scary height doesn’t even matter since he can shape-shift into anything. He plays manipulative mind games and will absolutely, without a doubt, get into your house even if you deadbolt your doors. You can’t escape him, so don’t even waste your time. Mr. King, you sicko, you. 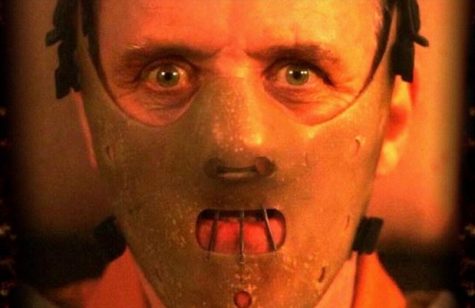 Oh, how I love thee, and not just because he prefers Chianti with his meals, as I do. For starters, they couldn’t have chosen a better actor for the role of Dr. Lecter in The Silence of the Lambs. Anthony Hopkins throws me for a loop no matter what role he’s playing, but this one is extra addicting to watch. Hannibal Lecter, if you think about it, is probably more ghastly a character than any we might come across in most horror films. He’s not a ghost; he doesn’t live inside your nightmares or inside your mind. He’s human, and it’s usually the living that we have to worry more about.
There’s just something especially scary about a man like him. He’s a psychiatric doctor and a genius. He has killed at least 20 people, and he remains unphased. Also, he has a habit of eating people. 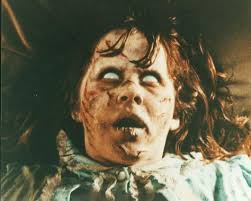 The Exorcist came out in 1973, and still to this day, it’s viewed as a standard for other horror films. Linda Blair was only 14-years-old portraying the vomit dispensing, extra freaking scary demon-child, Regan MacNeil. It’s actually difficult to look her right in the face while watching the movie; that’s how good a job they did with this. She’s got a mouth like a sailor and whacks priests off like it’s nobody’s business. Watching her take a beating the way she constantly does makes me completely forget that they made this before CGI took over. This girl is so God-forsaken horrid; she’s top-notch in my book. So, if you think you hate pea soup now, you’ve got another thing comin’. 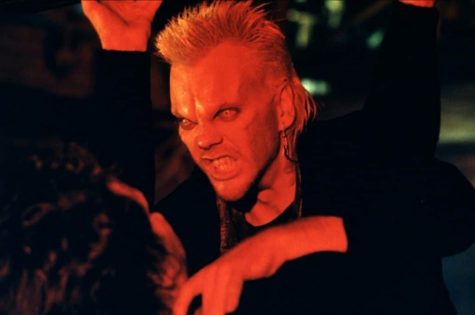 Technically, The Lost Boys is considered a scary movie. I, on the other hand, clearly have something wrong with me, because I think this movie is one of the sexiest things ever. David is the man; the leader of a delicious pack of blood-sucking rebels, always wearing his long peacoat and black leather gloves. He’s responsible for countless people’s deaths amongst the beachy, picturesque town of Santa Carla, California. He has the most intimidating, devilish mannerisms, and no one and nothing can phase him; besides, of course, being impaled on a huge rack of antlers. He’s so cool; a beautifully frightening-looking creature when he’s hungry, and like his kind tend to do, he’ll suck you right in every time. No pun intended. 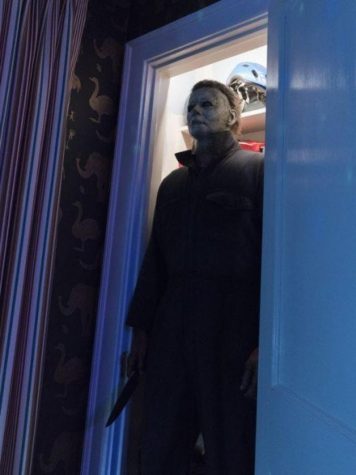 And finally, the king of Halloween, my favorite one of all; Michael Myers. With over 100 gruesome kills between all the Halloween movies, Mikey is, without doubt, the most mysterious and infatuating creature in my eyes. One of my very favorite kills of his takes place in Halloween II when the night shift nurse in the hospital takes her break in the hydrotherapy room. Michael sneaks up behind her after turning the temperature of the water to a dangerous, scalding degree, and dunks her continuously into the water; melting her skin away from her bones until she’s dead. Michael’s bare hands are under the water almost the entire time, and yet, his skin remains unscathed. He’s unfathomable, and he’s always there. Six feet, seven inches tall, with superhuman strength; his eyes are as black as night, he never speaks a word, and he will always walk faster than you can run.

From all of us at The Impact, have a great Halloween!