Top 10 Sports Teams I Hate The Most

"It a feeling deeper than hate." 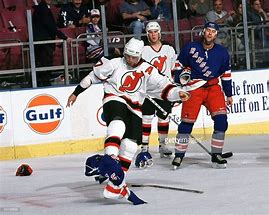 I’ve been in love with both professional and amateur sports since the day I was born. I follow and love many sports teams among the variety, so I’ve just as well grown up absolutely hating my teams’ rivals. Hate is a strong word, but it’s appropriate in this situation. To be honest, it was hard to rank my top 10 most hated, but here they are: 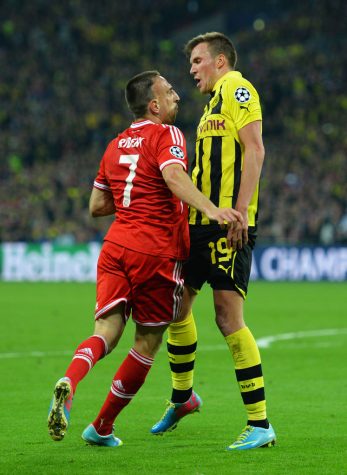 They stole all of our best players because they couldn’t beat us any other way. They’ve also won the league for the last seven years. Over the past 6 years, they’ve taken our club captain, our leading goal scorer, and our prodigal son. Der Classica has turned into a rivalry, so fuck you, Bayern.

They’re the Knicks, and I’m a Brooklyn Nets fan. Their fans are annoying, they think they’re the best team in the league. MSG isn’t the mecca anymore (lol); the Barclays Center is. Suck it.

In Dortmund, you’re not even allowed to say their name or even wear blue in the city, or there will be serious problems. Every match day between the two brings extreme violence, pyro, and massive heartbreak for whoever loses.

“A derby win is like winning the league,” says a sign that is often held up on Dortmund’s Südtribe. “Fiken Scheiße 04!” 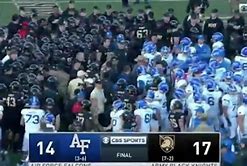 Until Air Force changes their disrespectful, blow-snorting, bullshit-recruiting, cheating ways, I will continue to hate the academy in Colorado Springs. But thank you for your service. #GOARMY #BEATAIRFORCE

You can’t be a Mets fan and not hate the Yankees. Piazza should’ve charged the mound in the 2000 World Series. It would’ve changed the entire series if he did. So, fuck you, Roger Clemens. Fuck the Yankees and all their fans.

Ever since NYCFC entered the league in 2015, the club that plays in Yankee Stadium has been a thorn in my side as a New York Red Bulls fan. For a team with no history, no stadium, and shit fans, they do a lot of shit-talking, yet still, have never made it past the first round of the playoffs. That’s coming from a team that hasn’t won the MLS cup ever, and we’ve been here for over 20 years.

But they know who their daddy is. We all remember the Red Wedding at Yankee Stadium in 2016, in which the Red Bulls almost ran NYC out of the league, winning 7-0 at Yankee Stadium. Yes, NYC has gotten a lot better since then and they do even beat us once in a blue moon. But get in line mother fuckers, New York is fucking red.

P.S. Get a stadium already! Everyone is tired of almost tearing their ACLs on that shit-field you call home. “Oh, but you guys don’t even play in NY.” Well, at least we play in a beautiful stadium and represent the metro area, so take your overused, stupid jokes elsewhere!

Again, this is based on sports only; thank you for your service. But fuck the Naval Academy. From them not having to do military training in the summer (like everyone else has to), to beating Army 12 years straight, I’m surprised they’re not higher on my shit list, but it speaks volumes to how much I hate the three teams ahead of them.

I grew up wanting to go to West Point and serve in the Army when I graduated from college. So I was raised cheering for Army to beat Navy, but my whole life I was heartbroken because we could never win the big game and beat the Navy. Do you know how hard it is to lose every year? They weren’t even close games. Also, I experienced 10 of those losses in person. It was tough.

P.S. That all changed in 2016 when Army finally changed the program forever and we broke the streak. I cried that night we finally beat Navy, that’s how much it meant to me. In 2017, we beat Air Force, and then we beat Navy for a second straight season winning the Commander-in-Chief’s trophy. We won 10 games for the first time since 1996. Last year, Army continued their winning ways beating Navy for a third straight year. We created our own streak.

#3 Philadelphia as a whole

I don’t only just hate the Eagles, Flyers, Phillies, and 76’ers. I fucking hate the whole goddamn city of Philadelphia. From everyone who’s from Philly being a jackass, to everyone who plays for the teams being complete assholes; it’s very easy to hate Philly with a burning passion.

One time when I was very little, my dad had a foot injury, and we went to a Devils-Flyers game. He was on crutches. So, guy thought it was “ok” to kick his crutch out from under him. Since then, I’ve been on edge and ready to fight on sight when I’m in Philly, talking about Philly, or even seeing someone from Philly.

Every time their team is losing, not only is the team ready to fight, the fans are ready to fight. They’re just complete bitches and cry babies when losing, but they talk so much shit all the time. It doesn’t matter the situation. Fuck Philadelphia as a whole. Fuck the Flyers, Fuck the Eagles, and most of all, Fuck you, Benjamin Franklin! 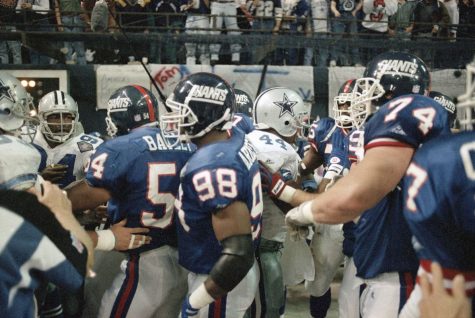 At #2, we have America’s team, the Dallas Cowboys; the most hated team in all the world and for a damn good reason. The arrogance of self-proclaiming that you are “America’s team,” that’s the number one reason for my hatred toward the Cowboys.

From their logo, “The Star,” indicating that they’re automatically some superstars or something, to them wearing white at home because they want to and the NFL allows them to. They’re the only team to wear white at home for every game. What is this? Are they a part of the royal family or something?

They have probably the most annoying fan base in all of professional sports. Uuuugghhh. So, how they have more fans in New York than they do down in Dallas, I couldn’t tell you. They say they will win the Super Bowl every year. And when I say every year, I mean every year. Shut up! You guys suck. But it’s kinda funny to see them tease their fans, just to lose in the first round of the playoffs; whenever they do make the playoffs, that is.

“How Bout Them Cowboys?” they still haven’t won a chip since before I was born, in 1996. So, sit the fuck down and shut your mouths until you win something.

And finally, my most hated sports team of all time; the New York Rangers. I’ve been saying “Rangers suck,” since I was in the womb. Fuck everything about the “Rags.” MSG sucks and is overpriced for no reason. Your fans can go jump off a bridge, the world would be better without you. But the number one thing that I hate about the Rangers is that fucking goal song. It just might be the shittiest, most annoying song of all time. It makes me want to puke and stab myself in the ears.

One of my favorite moments in this rivalry history was when Scott Nidermier got into a fight with Valeri Kamensky. But it wasn’t the fight that made the moment, it just so happened that Nidermier ripped Kamensky’s disgusting rag of a jersey off. After they were separated, he did what every Devils fan ever would do. He picked it up, taunting the rangers fans by waving it around, and then punted the jersey into next week.

I just hate the rangers with an undying passion. I hate every single player on the team. I hate every fan no matter what age. I will hate the Rangers till the day I die.

This fight from 2012 represents this entire rivalry in a nutshell.

To be honest, I’m surprised I haven’t gotten into any fights with the other team’s fans. It just goes to show you how they’re all talk; no action. They don’t want any smoke. People know not to talk shit to me about my teams because I’ll give it right back, and then some.

I’m just a normal sports fan who hates his teams’ rivals. But sometimes I could go a bit too far with my hatred.

Oh well! Fuck those teams; they suck. And if you’re a fan of any of them, you suck too.