Top 10 Cold Opens From “The Office” 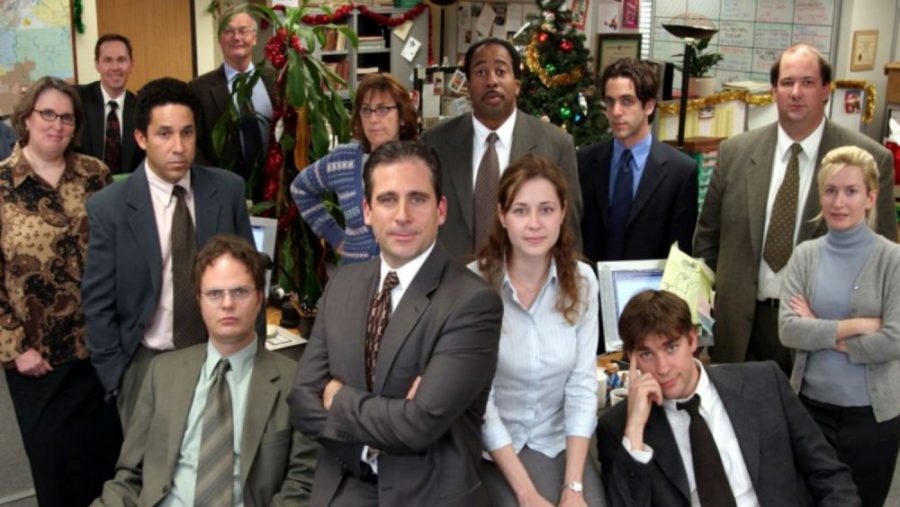 Throughout the entire nine-season run Jim Halpert constantly pranks fellow co-worker and salesman, Dwight Schrute. Many of these pranks occur during the cold opens. In an episode titled “The Fight”, Dwight arrives to work and notices his desk is missing and asks “Where is my desk?” in which Jim responds with “That is weird.” Dwight eventually locates his Desk in the men’s bathroom. The best part of this scene is when Kevin Malone emerges from a stall and blows out a candle. Dwight must remind Kevin to wash his hands.
9. Michael Burns His Foot. Season Two, Episode Twelve.

Michael Scott is the Regional Manager of Dunder Mifflin Scranton, and throughout the series, he gets himself and his employees into crazy, awkward situations, that he is usually the cause of. In the episode titled “The Injury”, Michael calls the office and explains that he burnt his foot on a George Forman Grill, to the amusement of his employees. Michael explains that he enjoys waking up to the smell of bacon, so he keeps a grill by his bed. At the end of the scene, Dwight leaves to get Michael and as he leaves the parking lot, he crashes his car into a pole and pukes all over the back of his car.
8. Michael Gets Off to a Bad Start With The New IT Guy. Season Two, Episode Nine.

In the beginning of an episode titled “Email Surveillance”, Michael notices a man wearing a turban walking into the building. Because of his insensitivity and just his overall stupidity, Michael believes the man to be a terrorist and begins to panic. Michael runs out of his office and shut off all the lights while telling everyone to pretend like they are not there. At the end of the scene, Michael states that he and the new I.T. guy did not get off to a good start.
7. Dwight’s Job Search. Season Three, Episode Twelve.

After a misunderstanding between Michael and Dwight, the latter resign,s and in the next episode “The Return”, he is shown interviewing for jobs. Dwight is the oddball on the show, and his interviews clearly show just how weird he is. In his first interview, he hands a man three packets. One is his professional resume, the second is his athletic and special skills resume, while the last is simply “Dwight Schrute trivia”. The man looks at Dwight with a look that shows just how weird people think he is.
6. Dwight Pepper Sprays Roy to Save Jim. Season Three, Episode Eighteen.

After the receptionist, Pam, tells her ex-fiancé Roy that Jim kissed her a month before they were supposed to get married. In the beginning of the episode titled “The Negotiation”, Roy enters the office and charges at Jim. Before Roy can attack Jim, he is hit in the face with pepper spray by Dwight who tells Pam to call security. The best part about this scene is when Dwight is talking to the cameras with tears running down his face, he says, “every day, for eight years, I have brought pepper spray into this office to protect myself and my fellow employees. And every day, for eight years, people have laughed at me. Well, who’s laughing now?”.
5. Lip Dub. Season Seven, Episode One.

In the season seven premiere titled “Nepotism”, the employees of Dunder Mifflin Scranton attempt to do a lip dub of a song. It starts out well, but unsurprisingly they begin to fall behind, something Stanley keeps telling the cameraman. At the end when everyone throws streamers Dwight jumps on top of a desk, bites the head off a stuffed animal, pulls out a knife, and even holds it to Andy’s neck. Just a normal day at the office.
4. Parkour. Season Six, Episode One.

In the season six premiere titled “Gossip”, the episode starts with Michael, Dwight, and Andy rolling around, jumping over furniture yelling “Parkour”, which Jim describes as an “internet sensation from 2004”. At one point instead of jumping over Andy, Dwight proceeds to ride him like a bull rider and Andy screams at him to get off. The end of the scene shows the three atop a truck as Andy describes how he is going to jump onto a box, then onto a dumpster, then into a garbage can. Unfortunately for Andy, the box is empty, and he falls through the top.
3. NOOOOO! Season Five, Episode Nine.

When the office’s HR rep. Toby Flenderson, leaves for Costa Rica Michael holds a massive party for him, but only because he hates Toby and cannot wait for him to leave. Unfortunately for Michael, Toby returns in the episode titled “Frame Toby”. In the opening scene, while getting brownies from the conference room, Michael is told that Toby is back. When Michael goes to check Toby is not at his desk. Michael believes that Jim was just messing with him until he turns around and sees Toby. Michael, in disbelief, begins screaming “no” at the top of his lungs. In the next scene, we learn that Toby had been back for two weeks and Michael didn’t even know.
2. Michael Hits Meredith With His Car. Season Four, Episode One.

In the opening scene of the season four premiere “Fun Run”, Michael once again gets himself into an awkward and just terrible situation. While he is driving to work Michael is describing what is going on with his employees and how the office is running. As he pulls into the parking lot he turns to the cameraman and says “I feel truly blessed”. At that moment he runs over Meredith with his car.
1. Dwight Gives Stanley a Heart Attack. Season Five, Episode Fourteen. 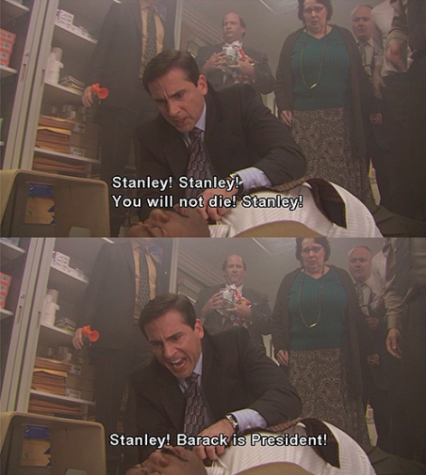 In the first part of a two-part special titled “Stress Relief”, Dwight begins locking doors in a way that they can’t be opened and also uses a blow torch to heat the doorknobs. Dwight says that he is doing it because no one paid attention to his fire safety talk. So promptly pours lighter fluid in a newspaper filled garbage can and throws a cigarette in it. As the office scrambles to get out they realize all the doors are locked, and the doorknobs are hot. Kevin immediately breaks open the vending machine to steal the snacks, Oscar tries to get help by moving through the ceiling, and Stanley almost dies from a heart attack.