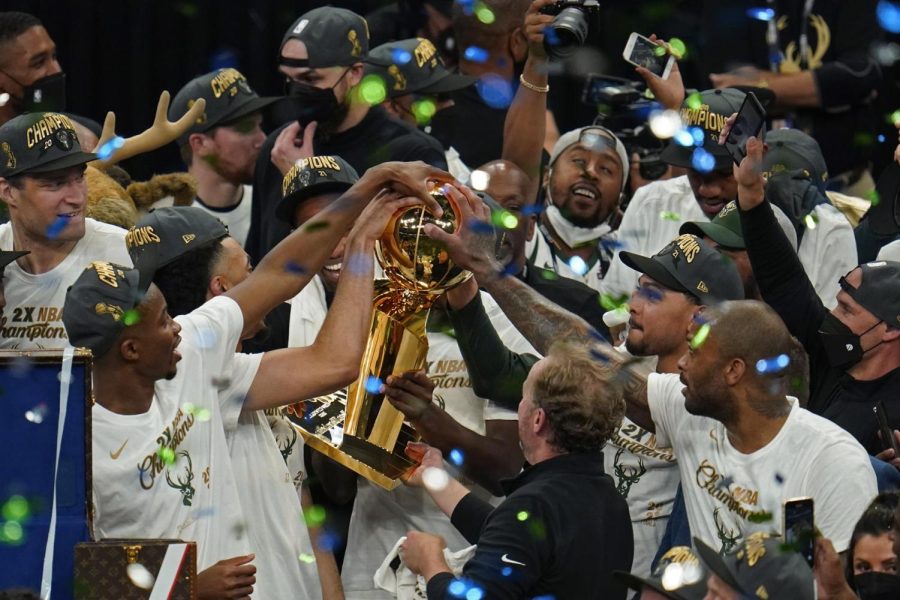 It has been about two weeks since the  NBA season has started. Some teams have been making noise and have been putting everyone on notice. Some just haven’t made much noise at all. Using what the world saw last year and the games that happened over the last two weeks, we can at least get a glimpse of who’s contending for a title and who is waiting for next year’s draft. Here are ten teams in the NBA that has a chance to win it all.

If you were to tell me that the New York Knicks would ever get close to the first seed in 2021, 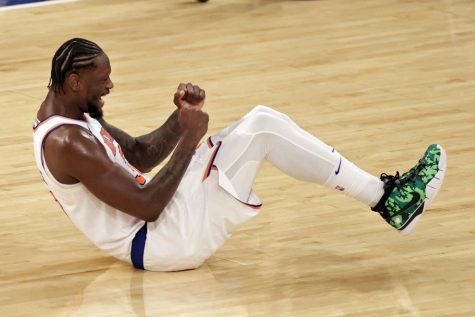 I would not believe you at all. It’s insane that right now they are in the first seed with five wins, one loss. They average about 117 points, 23.8 assists, and 36.3 rebounds. It’s still a bit too early to tell where they will fall, but with the way they play, they have to be a playoff team.

Kemba Walker and Evan Fournier are great fits, RJ Barrett is developing further as a player and Julius Randle is still the star> He leads the team in points, rebounds, and assist. Hopefully, they keep this up and get a chip. 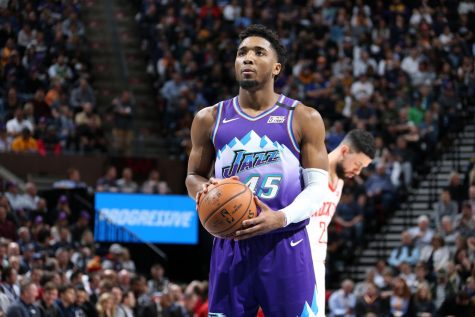 The Jazz have shown that they can make the playoffs no problem, but always struggle in the postseason. Regardless of the fact that they have been in this grey area, they have the depth and star power to go all the way. They average about 111.1 points, 50 rebounds, and 17.6 assists. This year you never know, they can be the dark horse in the postseason, if they can get past teams like the Lakers or Warriors. 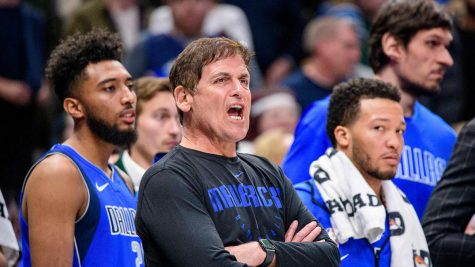 The Mavericks this season as well as the last have had some postseason woes. However, when looking at the team you see the talent they have: from Luka Doncic to Porzingis and Tim Hardaway Jr, this team can thrive. When it comes down to it the issue is that Luka is the main guy to watch out for in games. He simply needs better help, a second star. Porzingis can be that guy if he stays healthy and can get out of his shooting slump.

The Nuggets for the past two years felt like they could take it all. Each year they seem to miss the mark, but somehow become more impressive in the next season. The only issue here is that Jamal Murry is still out due to injury, he’s an important scorer for the team. Jokic is leading the team in points, rebounds, assist, and steals. As the reigning MVP along with the teams’ depth and young star Michael Porter Jr, the Nuggets have a chance to take it all. 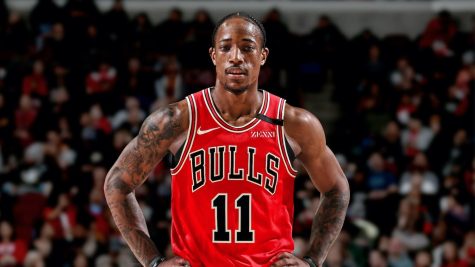 It is amazing to see the Bulls thriving the way they are. From rebuilding mode to guaranteed playoff season, the Bulls have met and in some cases defied expectations. The trades the Bulls have made last season and the signings they have made were masterful. Lonzo, DeRozan, Vucevic, and Caruso are all great additions to the team. If they can play the way they are now, in the postseason they can have a good chance at a title. 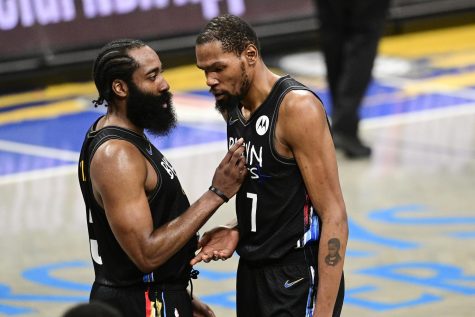 The Nets legit should be top three going into this season, but face two issues that hold them back: Kyrie and the board issues. The team has star power and in some aspects, a good bench, but the edge they need is in Kyrie. He can provide even more scoring with a bit of facilitation. James Harden has had a rough start, but that can change any day now. The rebounding and paint protection is left to be desired as well, a big like Clint Capela or a Jarett Allen type of guy can fix that issue no problem. If the Nets can fix these two glaring issues they can win the chip no problem. 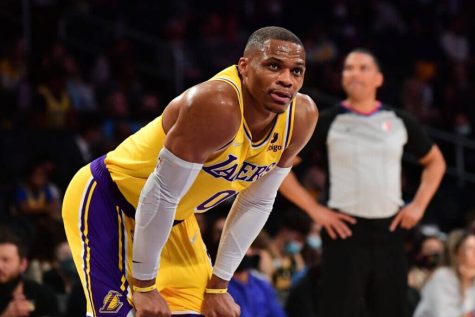 These guys are in the same boat as the Nets. Yes, they should be able to win a chip, these guys should actually be number one. However, the issues they face lead them to be at this spot. Anthony Davis is leading the team overall through points, rebounds, and blocks, but a guy like him always has issues in the postseason (mainly being injury-prone). Guys like Melo, Lebron, Dwight, and Rondo are out of their prime and are playing as seasoned vets. Russell Westbrook has to show that he can thrive with this team and put up a better performance in the postseason. Being in the 6th seed, the Lakers are in a position where they either go all the way to a championship or crash, burn, and make some trades in the off-season. 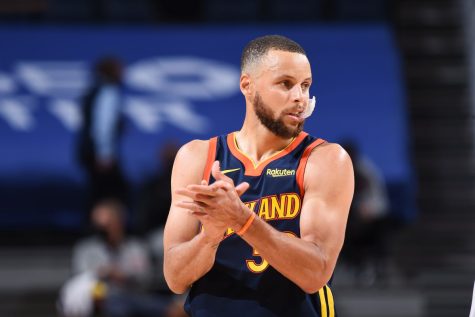 The Warriors right now are in the second seed with Stephen Curry averaging some amazing numbers (28.7 points, 7.5 rebounds, 6.5 assists).  With performances and numbers like those, along with Klay Thompson returning possibly in January, the Warriors can be more than a  threat. Provided the fact that the Lakers mess up and don’t solve their glaring issues. The Warriors can beat them in a seven-game series, and go for one last championship run.

After a great bubble season that then followed a mediocre season, these guys came back and they look ready to win. Kyle Lowry on the Heat has fixed the facilitation issue the team has had for two years. Tyler Herro also seems to be proving the haters wrong with averaging better numbers this season (22 points, 6.7 rebounds, 4.5 assists).  With Jimmy Butler being the franchise star, along with an amazing supportive cast, these guys have a shot at the championship. 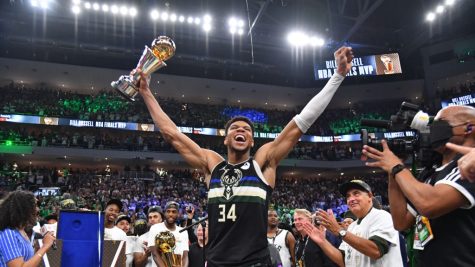 It is no surprise that these guys are number one on the list. They are having a slow start, but the Bucks not only have a great group of guys with the added benefit of great chemistry, but they also have arguably the best player in the world on their team in Giannis Antetokounmpo. Giannis is averaging 27.3 points, 11.1 rebounds, and 6 assists, he is the most dominant force in the league and the crazy thing is his jump shot looks even better than last year. As he improves, guys like Khris Middleton and Jrue Holiday continue to shine. These guys can clean up the east and beat whoever in the west by the postseason.