Top 10 Characters From the Wizarding World 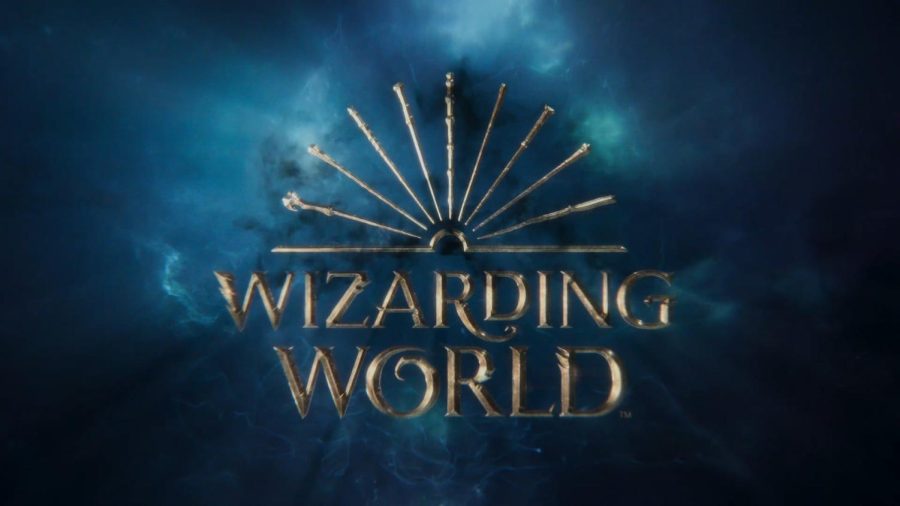 With over 700 named characters filling up the haunted hallways of Hogwarts and the enchanted streets of Diagon Alley, the Wizarding World of Harry Potter has become known for its large cast of amazingly complex, and fascinating witches, elves, and wizards that many of us Potterheads are deeply emotionally connected to and can talk hours on end about.

Since the fictional universes creation in June of 1997, fans have argued who the best Potter character is and have fiercely defended their chosen personal favorite. This list will be no different. 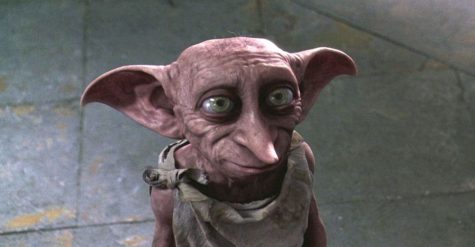 Dobby – Dobby the house elf has warmed the hearts of many Potterheads, and has taught us all the importance of friendship and loyalty. But he wasn’t always a character I thought positively about. The second he first appeared in Harry Potter and the Chamber of Secret, I immediately found him both annoying and cringeworthy. But, as the film/book continued, and as I got to understand Dobby more as a character and pitied him due to his societal position in the wizarding world as a slave for the Malfoy family. But, the film/book that made Dobby a top ten character is Harry Potter and the Deathly Hallows, where he sacrifices his life to save Harry and his friends. This scene makes me tear up every time. And for this reason alone, Dobby deserves the number 10 spot. 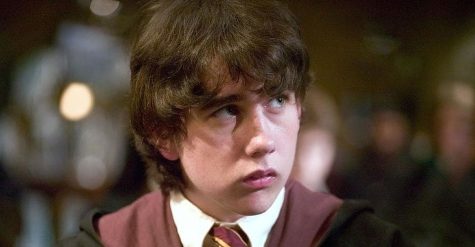 Neville Longbottom – Before Harry Potter and the Order of the Phoenix, Neville Longbottom was only seen as a weak character with no real backstory whose sole purpose was to be the comic relief. But, in Order of the Phoenix, when we learn that he could have been the chosen one, and that his parents were tortured becuase of this fact, I started to see Nevillie diffrrenly. And as the series continued we got to see a more confident and brave Neville who managed to make his parents proud by helping in the defeat of Voldermort. His character development makes him a top ten character. 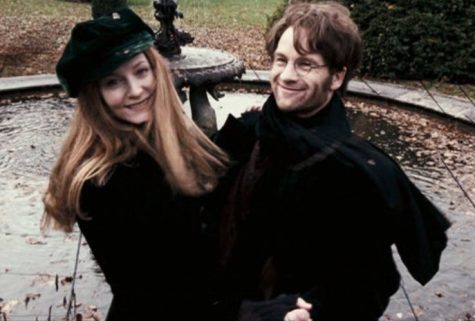 Lily Potter – This is where we start to get a bit controversial. Even though Lily Potter was dead long before the start of the series, and never had an appearance besides in a ghostly form, her kindness and love can be felt in every installment of the original series. Without Lily, Harry would have never had the love protection charm that made it possible to defeat the Dark Lord. Without Lily, Snape would have never had a reason to aid Dumbledore in the war against Voldermort. Without Lily’s brave sacrifice, there wouldn’t be a wizarding world. 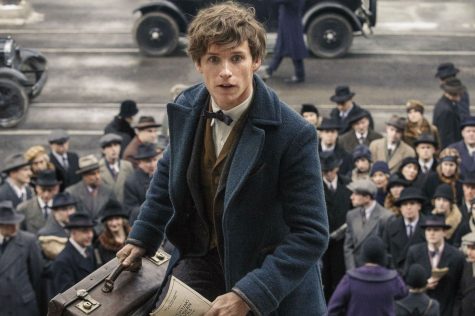 Newt Scamander – Newt Scamander is the only Hufflepuff to make it to my top ten list. And he’s deserving of it. His kindness towards magical beasts, his bravery in agreeing to join the war between Dumbledore and Grindelwald, and his undying loyalty to the ones he cares about are all strong reasons for him to make it on my list. But the main reason he’s in my top seven is because of the fact that his shy and awkward demeanor makes him an unlikely protagonist. Unlike Harry, Newt isn’t a chosen hero destined for greatness. Unlike Dumbledore, Newt isn’t the most powerful wizard to have lived. But what makes his journey as the protagonist to the Fantastic Beasts series is that he has chosen to fight against the dark arts, and wasn’t forced to do so. This is the reason why he is both my number seven favorite character, and the best Hufflepuff of the wizarding world. 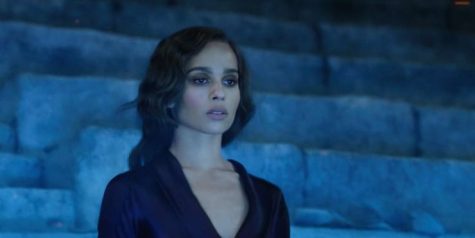 Leta Lestrange – Leta Lestrange has only appeared in one film in the wizarding world franchise, but her and her tragic backstory has made a lasting impact. Her guilt for the death of her brother, her past romance with Newt Scammander, and her being at the center of the mystery of the Lestrange family all make her a complex and compelling character. Another reason why I love Leta as a character so much is because of the fact that she’s a Slytherin. Previously, the Potter fandom has been known to generalize Slytherin house as the ‘evil’ house. Leta Lestrange’s humanity, heroism, and willingness to sacrifice herself for Newt and his brother, is proof that not all Slytherins are evil. 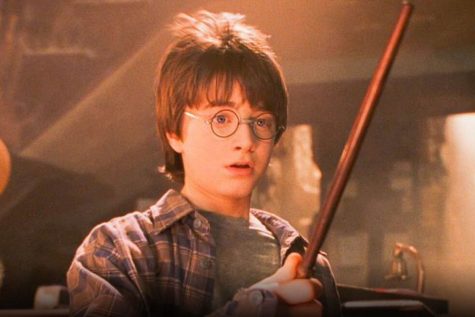 Harry Potter – Harry Potter is known by many names: the boy who lived, the chosen one, the master of death, the list truly goes on and on. With titles like this,  how could he not make it in the top five? Harry’s journey from abused orphan to legendary hero of the entire wizarding world is both inspiring and epic. And his resilience and optimism even after the tragedy in his life makes him one of the strongest characters in the entire franchise. 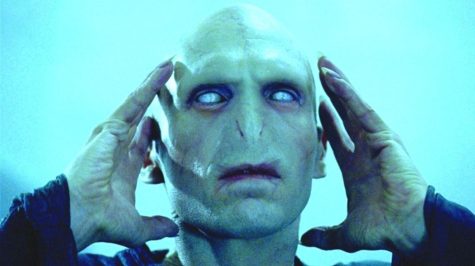 Voldemort – The Dark Lord may be the cruelest character in the entire wizarding world, but he is also one of the most interesting. In fiction, villains are always much more interesting than the hero. And Voldermort is an example of this. But what makes him stand out from any other generic antagonist is that his quest for immortality and ultimate power originates from a fear of death and powerlessness from his childhood. Another reason why Voldermort is a top ten character is the fact that his story parallels Harry’s. He acts as a dark mirror version of the boy who lived. And that makes him a fascinating character to analyze. 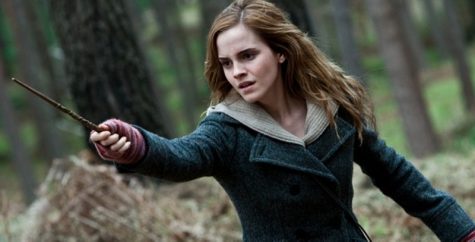 Hermione Granger – Inarguably, Herminone Granger is one of the smartest characters of the wizarding world. But her intelligence isn’t the only reason she makes it on my list. Her role in the war with Voldermort was a vital one. Without her bravery and well earned talent in magic, Harry would have never been able to find each of the horcruxes and defeat the Dark Lord. 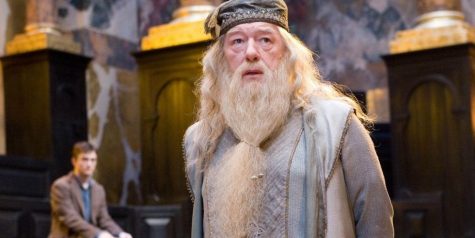 Professor Albus Dumbledore – Dumbledore has gained a large amount of hate over the years from fans who claim he’s an manipulating selfish character who is the cause for the rise of both Voldermort and Grindelwald. Even though Dumbledore is not as innocent as we first thought he was, this complexity makes him an interesting and creative mentor figure for Harry and Newt. Unlike other fantasy mentors, Dumbledore has many character flaws. He’s manipulative, secretive, and arguably greedy for power and praise from others. But these flaws only make him more of a realistic character. Dumbledore is a man whose dark past motivates him to do good.And even though he has many negatives, he has many positives as well. He’s a caring, selfless, and loving teacher to Harry and was able to guide him into saving the wizarding world. 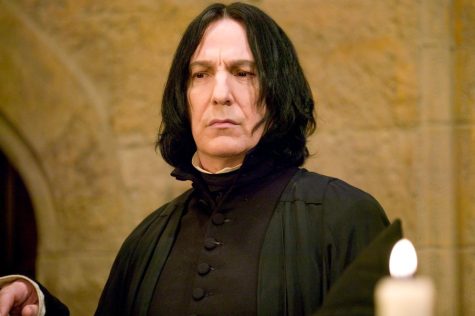 Professor Severus Snape – Snape is the most controversial pick for number one. And for me to explain why Snape is my favorite character of the wizarding world, I must first show you a tweet from the author that explains his character better than I ever could. “Snape is all grey. You can’t make him a saint: he was vindictive & bullying. You can’t make him a devil: he died to save the wizarding world.” This description of the most hated character in Harry Potter makes him my favorite character. He perfectly balances the line between good and evil in every film/book he’s in. What makes him such an amazing character is the fact that he’s a character filled with contradictions. He’s both hateful and loving. Spiteful and selfless. He both despises Harry, and is willing to spend his entire life protecting him. Severus Snape is the most fleshed out and well-written character in the entire series, and this is the reason why he is in the number one spot.