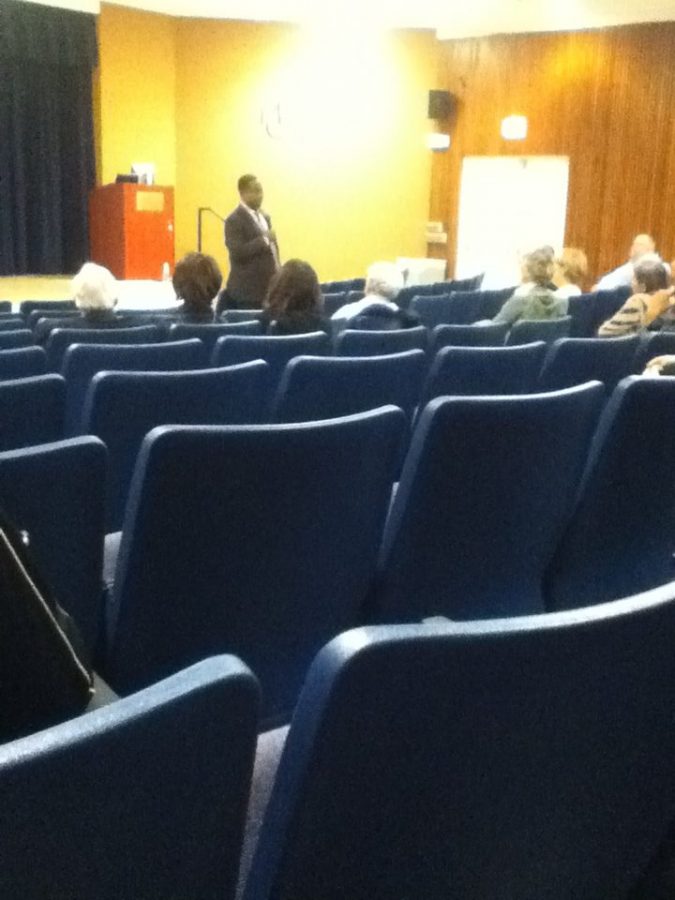 The purpose of the Mercy College International Film Festival was to promote the study of foreign language, and to showcase current foreign slice-of-life films. In the 17 years of the festival it has been ran by Dr. Enrico, Dr. Alan G. Hartman, Bettina Speyer, and the current long time festival supporter Dr. Ellen Kreger.

Three of the four screenings movie events occurred at lecture hall starting at 6 p.m. On Tuesday the 12th, Wednesday the 13th , and Thursday the 14th  lecture hall hosted three different movies for the film festival.  On Wednesday April 13th Mozart’s Sister was shown. On Thursday April 14th the third movie Biancanieves was shown.

The fourth and final movie of the International film festival “Gabrielle ”was shown  at the Children’s Hospital at Montefiore on Friday April 15th. Film majors, media studies majors, students, faculty and the open public were welcomed to attend the four day festival and refreshments were served. The International Film Festival was also free of charge to attend.

The guest speaker Aguwa was engaged verbally with the crowd. The audience was attentive and alert while Aguwa was speaking about the movie. Audience members were at the edge of their seat from start to finish of the film Timbuktu.  The audience was quiet and fully engaged throughout the film. You could see the interest in the eyes of audience members as their pupils were glued to the screen.

Mr. Aguwa made it clear that the movie was similar to his African heritage. Dr. Aguwa explained effectively and precisely that he has an African background and culture. Aguwa explained a short summary of the film before Timbuktu was shown. Aguwa spoke for about 10 mins about how his African culture relates to the film, the importance of this movie on African Culture, and why it’s important to watch the movie.

Dr. Jude Aguwa responded professionally and politely to audience members questions after the Timbuktu ended. Audience members had a variety of questions to ask about Timbuktu. Some were confused on why certain events occurred in the movie.

The Introduction discussion speech about Timbuktu by Dr. Jude Aguwa was informative and gave people a head start and idea on how the plot in the movie might happen. It was also interesting that Dr. Jude Aguwa was African and could relate to the film because of his experience with African cultures and religions.

The experience of watching a film about Religious beliefs at an International Film Festival was quite the experience. After all how often do you get to sit and watch a movie free of charge at a film festival?

The first day of the international film festival felt close-knit. Audience members seemed constantly alert during the movie, and reacted to certain scenes of the film immediately. Facial expressions of the audience told the story of how intrigued they were in the story line of Timbuktu.

The discussion after Timbuktu proved that the first day of the international film festival was successful. The questions provided by the audience members after the movie proved it was a given that they enjoyed Timbuktu.

The International film festival gives a unique outlook on films from other countries that could potentially get the needed exposure to be shown. Mercy is providing the platform for international films to be shown for free. Therefore why not give two hours of your day and experience a free movie to watch.