Students and witnesses reflect on the terror

April 15 was the perfect day to hold the Boston Marathon. Thousands of spectators and runners started the race, eager to cross that finish line to accomplish a goal they had set months in advance. It was nothing but cheers and excitement when the first person crossed the finish line. Soon, many others would greet their loved ones and congratulate them on a job well done. Then, at 2:49 p.m., two explosions near the finish line ended the fun on the celebratory day known as the Boston Marathon, and what followed is already world and social media legend.

From the eyes of the Bostonians

Cheers erupted the streets of Boston on the evening of April 19, when Bostonians thanked law enforcement after ending a man hunt for o

ne of the men responsible for the bombings of the Boston Marathon.

Boston and the rest of the nation was shaken with fear on April 15, when two pressure cooker bombs went off at the finish line of the Boston Marathon. With over 200 people injured and 3 dead, the FBI took immediate action to find answers to the terrorist act. While the FBI searched for answers, the rest of the world mourned for those who were suffering the aftermath of the devious act. There were prayers and candle lightings throughout the world in an attempt to comfort Boston and those affected. Yet, no one can undo the damage, and the pain is still fresh in everyone’s mind.

Tara Malinasky remembers the day clearly, as her office building was at the site of the explosion. When she heard a loud boom, she had thought a large piece of furniture fell in the building.

“The building moved a bit, almost as if there was an earthquake taking place,” explained Malinasky.

Although not at the window at the time, her coworkers seemed alarmed and scared. They believed what they had seen was a bomb going off, right in front of their office building. Moments later, the second bomb went off.

“I was scared and I assumed there would be more [bombs],” stated Malinasky. “As we were about to evacuate the building, it crossed my mind if that was the best thing to do. If more explosions went off, maybe we were safer inside.”

Although she was afraid to step outside, Malinasky and the rest of her co-workers evacuated the building safely. While exiting through the back of the building, she heard the sirens of ambulances and people screaming.

“People were bleeding on the side streets while they were being taken care of. At that point, I just wanted to make sure all of my co-workers were accounted for.”

Once they knew everyone in their office building was outside and safe, the group was allowed to go home. Malinasky headed to a co-workers house in the nearby area and immediately turned on the news, where they found out that their beloved town had undergone a terrorist attack.

As the week went by, the search dragged on for the person or persons who created this heinous crime. On Thursday April 18, the FBI released the pictures of two men carrying black backpacks at the Boston marathon. They were identified as brothers Dzhokhar and Tamerlan Tsnarev. Shortly after the pictures were released, the suspects killed an MIT police officer, carjacked an SU

V, and initiated an exchange of gunfire with the police in Watertown, Massachusetts. While Tamerlan Tsnarev was killed during the gunfire, Dzhokhar escaped.

When the nation turned on their televisions that following morning, Watertown, Massachusetts and the rest of Boston was under lock down, as a manhunt for Dzhokhar Tsnarev had taken place.

Only a couple of hours after the lockdown was lifted, a Watertown resident helped find Tsnarev, who was hiding in a boat in his backyard in critical condition.

“I was relieved and happy knowing he would be brought to justice and that we would hopefully get answers as to why he and his brother committed this heinous act of violence,’’ stated Ryan Speiss, a Boston resident.

When captured, Tsnarev was arrested and taken to a hospital, where the first interrogation began. Tsnarev claimed Tamerlan was the mastermind behind this act of terror. Tsnarev stated that he and his brother were motivated by extremist Islamist be

liefs and were not connected to any outside terrorist groups. In an interview in front of his home, Tsnarev’s uncle, Ruslan Tsnari, knew Tamerlan had been radicalized.

On April 22, Tsnarev was charged with use of a weapon of mass destruction and malicious destruction of property resulting in death, while still in the hospital.

Although the man who has caused so many people heartache has been captured, there are still many unanswered questions.

Social media became the downfall for those trying to track down information when those bombs detonated near the Boston Marathon finish line. With very little answers to what exactly happened, social networking sites became a place for myths and conspiracies to form. These rumors left those who rely on social media sites for answers about the marathon overwhelmed and confused.

One of the more famous myths is the picture of a man kneeling on the ground cradling a woman. The picture was sh

The caption read: “The man in the red shirt planned to propose to his girlfriend as she crossed the finish line of the Boston Marathon, but she passed away. Most of us will never experience this amount of emotional pain.”

The image originally came from the Boston Globe and was shared with Getty images. The agency’s caption only described the picture of a man comforting an injured woman at the finish line. By Tuesday April 16, the picture had 448,000 “likes” over Facebook and was shared over 92,000 times.

Another horrific myth that came out of the Boston Marathon explosion was about a young girl who died at the finish line. The picture was of a young girl running in a race and the caption underneath stated that she was “running for the Sandy Hook victims.” On Google plus, one user shared the image with the caption “Poor little girl, got killed in Boston.” By Tuesday, it had more than 500 comments and became a “What’s Hot” post on the website.

“We would like to clarify that the picture circulating on the web and Twitter of a little girl wearing a Joe Cassella 5K bib claiming to have been killed at the Boston Marathon is being used fraudulently,” read the Joe Cassella Foundation page.

Conspiracy theories scoured the internet right after the attack. False images that were usually based on political ideology, relating Sandy Hook to the attacks on Boston. One web user registered the website bostonmarathonconspiracy.com on Monday. The link reveals a white page with black text stating “I bought this domain to keep some conspiracy kook from owning it. Please keep the victims of this event and their families in your thoughts. Thank you.”

Outlandish rumors circulated social media sites about authorities shutting down cell phone service. On Monday April 15, posts on Twitter stated that police had shut down cellular networks to prevent an attacker to detonate another explosive.

The real reason why Boston’s wireless network wasn’t working properly was due to the overwhelming amount of phone calls and other communication devices right after the attack. Although service might have been slow and spotty, it was never shut down.

Marathoners will keep on running 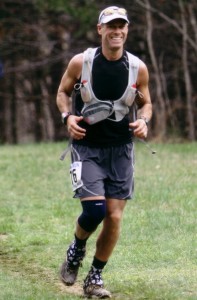 Then, there are marathon runners like David Kay. Running about 40 marathons in his life time, nothing

will stop him from doing what he loves most: running. When he ran his first marathon back in October of 2006, he truly felt inspired about those who were also taking part in the Marine Corps marathon.

“I felt so inspired watching people who came from all different backgrounds take place. It’s not about winning, it’s just about being involved,” Kay explained.

Kay understands the feeling of not being able to run in a marathon. When he was diagnosed with melanoma cancer, he wasn’t able to run in marathons for a very long time. Devastated by the thought of never being able to run again, Kay trained and pushed himself to start running again. At the end of September 2008, Kay ran a local marathon, his first marathon since.

When asked how he felt about the bombings and how it affected the Boston Marathon, Kay wishes he was there at the incident.e surgery.

“I had knee surgery a couple of weeks before the Boston Marathon, so I decided not to go. But, I wish I was

there. The running community is a close group of people, and I wanted to be running with them”.

When he heard about other marathon runners being afraid to run in a marathon, Kay feels that they shouldn’t be afraid, and continue to run.

“People get back into cars after car accidents, but you bounce back. Boston is will definitely bounce back, and so will the other marathon runners,” stated Kay.

Even though Kay wasn’t able to compete in this year’s Boston Marathon, he has already qualified for the 2014 Boston Marathon. He couldn’t be more excited. Kay also had advice for the marathoners who are afraid to run in another marathon.

“Running is all about accomplishment. It’s the pride that you feel when you did something all on your own. The running community will bounce back, and no one should live in the dark because of an incident like this.”

The nation’s heart strings were pulled when it saw the devastation the bombings caused for so many different people. Although most of the nation viewed the attack from their televisions at home, it stood together to comfort Boston in their time of need.

When the manhunt began, viewers watched and hoped that law enforcement could find the man that caused a nation so much pain. The moment everyone found out Dzhokhar Tsnarev was caught, we cheered with Boston, ending a week filled with sadness and terror.

Although joyous of capturing the man that caused a nation so much pain, Mercy College students are 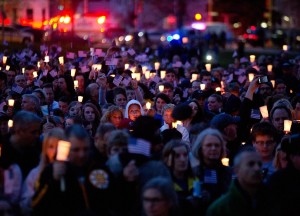 angry of the incidents they had to undergo in the last few months. With the Newtown tragedy, the threats of a nuclear missile crisis and now the bombings at the Boston Marathon, students are angry about these vicious acts of terror.

“First with Newtown tragedy and now the bombings in Boston, I’m just really annoyed. It’s exhausting and I don’t want to deal with this anymore,” explained Pascale Jean-Giles, a sophomore and legal studies major at Mercy College.

Giles isn’t the only student at Mercy frustrated about this issue. Sydney DiBernandino, a business major, is also frustrated, as well as frightened about the bombings that occurred in Boston.

She added, “What I’ve learned from all of this is that you can’t trust anyone. It’s really scary to even go out and do anything anymore.”