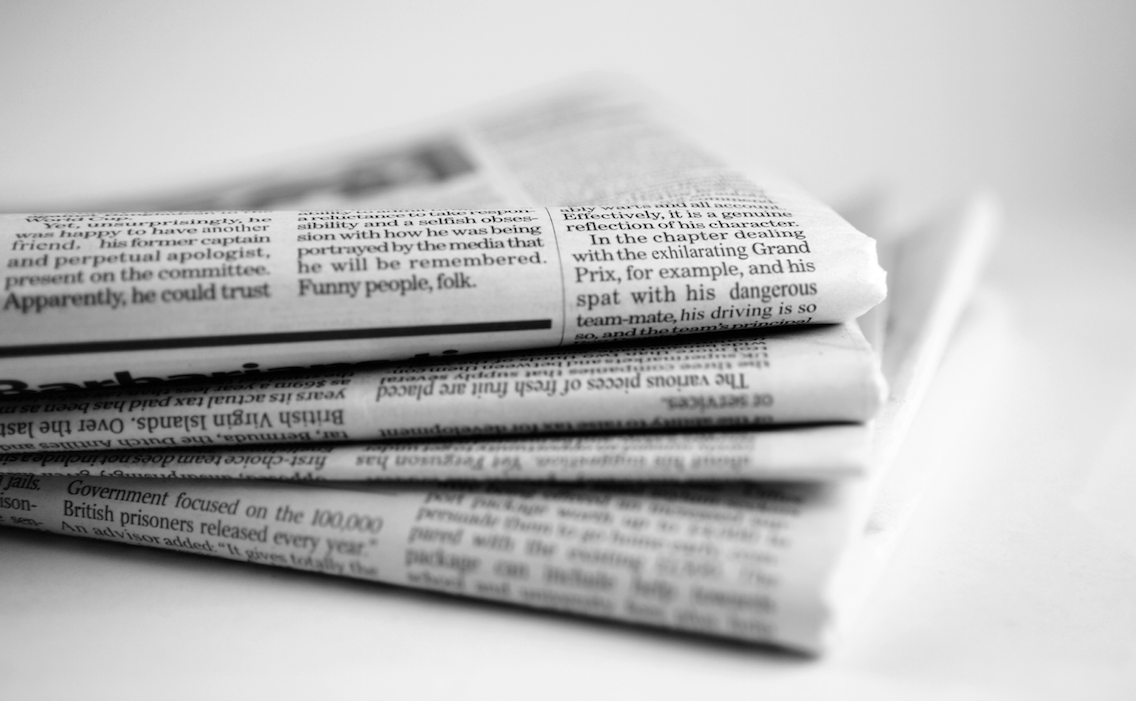 One issue at a time

The world of newspapers has been in a rapid decline in the last decade and people from all over the world have been trying to figure out a way to change the industry for the better and to have it fend for itself rather than just sustaining it on a life support system.

Some people are saying that the big companies should adopt a system that is being used in different Universities around the country because they have a model that seems to work. These colleges such as The University of Massachusetts include an optional fee in all students tuition of $17 a year. The Mass Media fee is paid by all students unless they opt out before the semester starts. This fee provides sustained funding for the operating costs of UMass Boston’s student newspaper and means that the newspaper is it’s own separate organisation from the University itself because not a penny comes out of their pocket. The organisation is ran by the students, for the students and is a huge opportunity for them as journalists as they don’t have to tiptoe around the administration which is the case in the vast majority of universities in the world, let alone the United States.
The administration and PR departments in all schools want to be portrayed as the best, so that they can attract new students, what the Mass Media Fee allows however is for the students to dig as deep as they can into a story and the administration can’t do anything about it. This forces the school into a corner and rather than be able to manipulate the press they have to be wary of it, making them actually take measures to protect themselves.

When the press has this kind of freedom from people in higher positions it forces them to relinquish their control and rather than depend on the press to back them up when they fall, they have to be extra careful not to place a foot out of line, which in the long run is better for everyone.

When we try and image this model on a national scale however it’s hard to imagine that everyone would be willing to pay a certain amount of tax each year, just to support a state newspaper.

If you take a relatively small state with a large capital city such as Indiana and Indianapolis as a model then we can work out how it would work from there. Indiana has a total population of 6.5 million people with 1/6th of those people living in the greater Indianapolis region. The Indianapolis Star has a daily reach of approximately 350,000 and publishes 7 days a week and runs a full scale website than you have to purchase a subscription to access in full.

They only way I can see a state run newspaper work in Indiana is if the Indianapolis Star became the Indiana Star and was sent out across the entire state. The only question is, would it work?

If this were to happen today, It certainly wouldn’t work. The Indianapolis Star is still quite successful and serves the people of Indianapolis perfectly, if it were to get launched across the state then it would have to include other stories of local cities, which the people of the capital wouldn’t exactly like to read. What I would suggest would work is this.
The Indianapolis Star becomes publicly owned (not with shares, but by the UMass method) and every tax payer has to option to pay about $175 for a statewide newspaper and for an extra $50 a much smaller, metro sized paper for Indianapolis and the surrounding areas. The fee also includes access to an app and all online features of the newspaper.

The big issues would revolve around bi-partisanship and how the paper is run. The central offices would be situated in the current Indianapolis Star office from which the small metro paper would be produced and created, this would also be the location of the website team and the Indiana Star.

There would also be an office in a northern city such as Fort Wayne and another is a more southern location such as Evansville. In these locations would be a small team of journalists who would report on local stories in the surrounding areas and would have their own part of the website and newspaper.

This model would also rely on freelance journalists in the area who just want to make a set amount of money per story that they write, but they wouldn’t be part of the newspapers pay roll. This would help diversify the stories and give the local people of the surrounding towns a voice rather than just seeing the three large cities news in the paper everyday.

The newspaper would remain at the same price it is now $2 an issue and $3.50 on sundays to non-subscribers, but the price to subscribers would be just $1 an issue for both the weekly and sunday editions.

Advertising would be kept at a minimum, which would allow smaller, more local companies to take out ads for a smaller price then ever before, for instance, someone with their own small business in the southern part of Indiana could purchase ad space for just their region and someone in the northern part could have their ads published in their region. This works just like internet advertising does, the newspaper gets sent to three different printing locations with blank space for advertising and then the local offices just add their specific ads and thus you have a tailored newspaper, with selective advertising for it’s readership. To keep up to bi-partisanship however the advertising would have to be regulated as to not suggest a specific bias to a certain company or product. I would suggest that advertisers be limited to how many issues they can print per month and how much space is giving to competing companies, for example. If two local insurance companies want to take an ad out on one specific week, then they would either have to be both the same size on the same page, or one would have to be pushed back a week.

So can this model work?

Nobody can be certain until one state trials it to see how it all works and if the people are willing to pay for it. The press is what this country was founded upon and the vast majority of people do still have faith in it so I can see this working out. Some states such as New York would obviously have issues due to the large amount of Newspapers in Manhattan and states with a huge area such as Texas would have to be tackled in a different way to the smaller states like Indiana, but nonetheless the model should be fundamentally similar.

If this does work, then it will change modern journalism forever and hopefully for the better. The struggle to stay in business would be over and all of the people left in the industry would be able to go to sleep at night knowing that they are doing something good for the public, which really is what journalism and newspapers are all about. For the people. By the people.