Today I Quit My Job… Well One Of Em’ 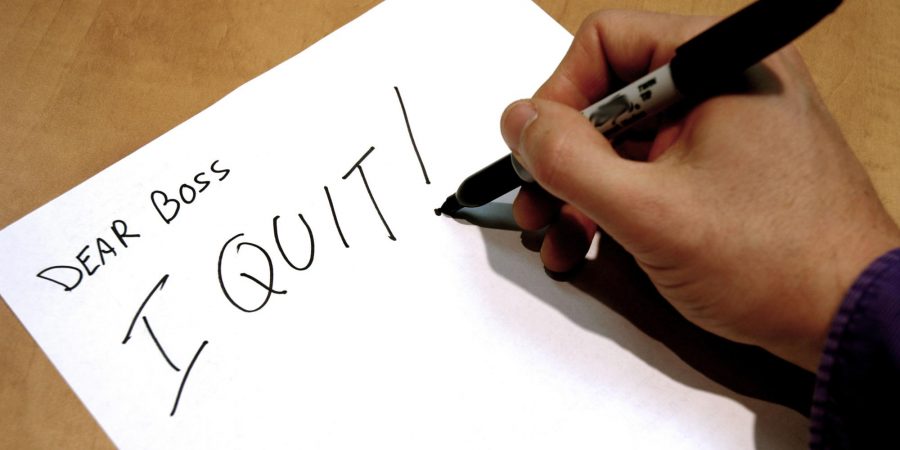 I woke up this morning, hit the snooze button twice and rolled over three or four times before dragging myself out of bed. As I walked barefoot into the cold bathroom to turn on the shower, thoughts of how the rest of my day was going to go began to circulate through my mind. Once the steam from the hot water began to fog up the mirror and thicken the air, ironically, my thoughts became much clearer.

What was I doing? I was forcing myself out of bed to prepare myself for a job that I didn’t care about.

About three months ago, I began looking for a new job. After being in retail for three years, I decided it was time to move on and I wanted to do so before the holiday season. After a few interviews, I landed a job at a financial institution (bank) as a full time teller. This was great! Or so I thought.

My family and friends congratulated me and I felt like I was taking a higher step into adulthood. I was a recent grad. I would now have to buy heels and dress pants along with dress shirts, and I even got a badge with my picture on it that allowed me access all throughout the building! How important I was (eye roll).

Because the pay was similar to what I was making at my previous full time job in retail, I decided to work full-time hours at the bank and part time in retail. Money was great and life was good. That was until I actually started working.

Day after day, I began realizing that banking was not my interest. I felt caged.

As a teller, I was expected to push sales, or in other words, shove other products and services down our members and non-members throats, and I was also forced to end each transaction with, “Is there anything else I can do to provide you with excellent service today?”

At times, members would laugh and ask, “Are they making you say that?” One member even yelled at me, because she felt as though I might as well have asked, would you like fries with that? On top of all that, I just felt as though I didn’t fit in. Most of the females there complained about things I couldn’t relate to. I guess it’s safe to say I was from a different background from them all, which shouldn’t matter, but it did. I felt uncomfortable and further more, I hated what I was doing.

I hate math, I hate counting money, I hate being in slow environments, so why I was I working here?

This is the question that brought me to the decision I decided to make today.

As I was driving on my way to my dreadful job, fifteen minutes away, I pulled out my cell phone and faked an emergency to get out of work. I then waited until late afternoon to email human resources to notify them that I will not be returning. I have never felt so relieved in my life. I felt so much weight lifted off my shoulders.

Thankfully, I still had my second job, so I was able to pick up more hours for the time being, but I already have another job in the works. This experience taught me, that you should never apply for a job you have no interest in unless you absolutely have no choice.

Do what makes you happy.

Retail doesn’t make me happy, but I can be myself there and I have a sense of freedom. In college, a professor once said, from time to time you should ask yourself three questions,

If the answers to all three questions are yes, then you are in the right place.

If not, fake an emergency, and call HR.

Have you ever quit a job you hated?