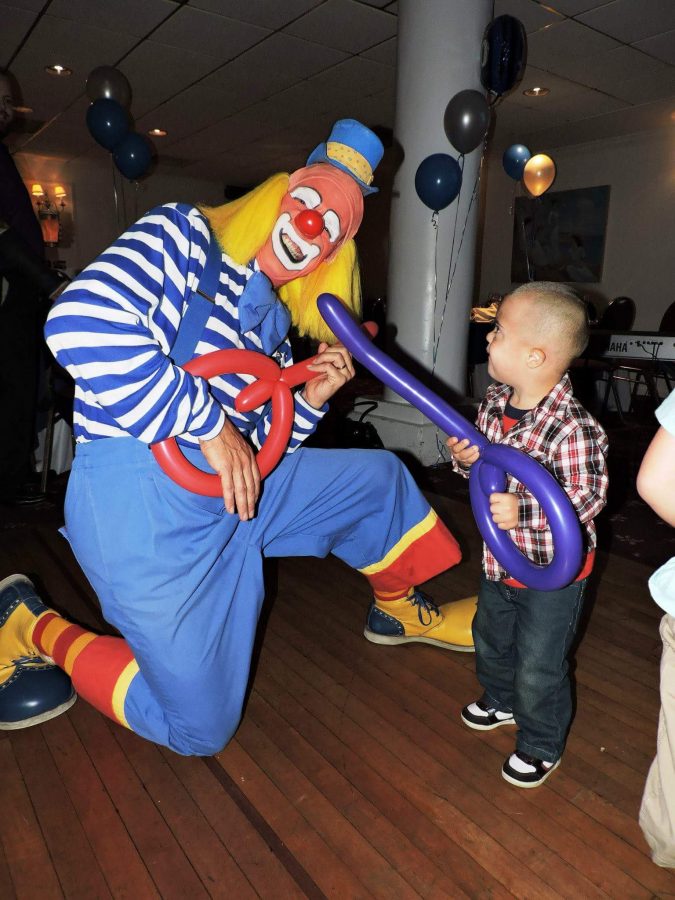 Monkey see, monkey do. Is that what’s going on with clowns?  Clowns have popped up all along the east coast the past month or two following the first sighting back in August from South Carolina. What do these clowns want? Are they copy cats? Child molesters? Robbers? Wanna-be internet famous impostors?

No one actually knows. Some reports have been clowns luring children into the woods to try to hurt them and who knows what else. Other reports are people seeing them on the side of the road or in the edge of the woods just trying to scare people.

With all the clowns popping up, some have reported that they have been seen on Mercy College’s aqueduct trail into Dobbs Ferry. Officially, no one has filed a report to police or security in regard to seeing a clown.

Sadly, this isn’t a portion of a public relations stunt for, Are Your Afraid of the Dark? The madness started in South Carolina back in late August after debatable reports rose up that clowns were spotted trying to lure children into the woods. Rolling Stone said “Officials took the strange reports seriously but were unable to uncover any real evidence or suspicious persons.”

Moving on from the first couple reports in South Carolina, the clowns slowly appeared up and down the east coast. One of the biggest current attacks was at Penn State University. Hundreds of students decided to go on a giant clown hunt. Running around campus and nearby wooded area they took it upon themselves to find clowns and try to scare them away with bats and other unknown objects. Similar clown hunts happened at other colleges as well.

During the pop ups all over the country, some that happened in New York hit close to home. Just about a hour north of Mercy College was a clown sighting in Newburgh. On Oct. 1, a person was standing on top of a bridge with a clown mask and what looked like to be a rifle. Newburgh Police confirmed that the person holding the gun caused no harm but wanted to scare the public. The gun turned out to be a BB gun. With people like this who seem to just want to be internet famous, this is how they bring fear and problems are caused.

A Connecticut school district, along with a lot of other school districts in the area said they are banning clown costumes along with any “symbols of terror.” These precautions were taken because of schools like Poughkeepsie Middle School, Florida High School, Francis Lewis High School and Benjamin N. Cardozo High School. Also an armed clown hoax temporarily put a Massachusetts college on lock down.

Recently, Target decided to pull scary clown masks. “Given the current environment, we have made the decision to remove a variety of clown masks from our assortment, both in stores and online.” Target spokesman Joshua Thomas said, who spoke with CNN Money. Also, similar to what target did, Home Depot pulled a Halloween decoration called the Scary Peeper Creeper from its stores in Canada following complaints from shoppers last month.

The background of the clown craze started in the 1980s when sinister clowns were seen all over Boston but never found. Just like today there were multiple reports on scary clown sightings in the wooded areas of Boston. The sinister clowns would try to harm kids within the woods, they would stand there with black clown makeup, chains, bats, and other terrifying objects. Clowns have scared both kids and adults, especially after Stephen King released his novel, It, which then turned into a movie. Criminologists and psychologists agree the root of the fear lies in the fact that clowns wear heavy makeup and paint to the extreme to hide their faces and emotions while also hiding their true identity.

No one left a more lasting image than John Wayne Gacy, Jr., also known as the Killer Clown. He was an American serial killer and rapist. He sexually assaulted and murdered at least 33 teenage boys and young men between 1972 and 1978 in Cook County, Illinois.

During all this hysteria we forget about professional clowns and how the creepy clowns are putting their lives and careers are at risk. Macaroni the Clown, Tom Mayes, is a 1982 graduate of the famous Ringling Brothers Clown College and is a full-time professional children’s entertainer. He is also a proud member of the World Clown Association.

He has always said “real clowns don’t wear masks.” He personally doesn’t fear for his life but it has affected him tremendously. Financially, the clown scare has damaged his lifestyle.  All of his school gigs have got cancelled, and instead of being a clown, he has had to appear as a magician.

Macaroni used to love driving around town in his clown outfit but now people take a double look at him, almost looking like they are going to call the cops on him. It has brought his career to a major risk but he feels the creepy clowns are “kids” trying to become internet famous.

Recently a Clown Lives Matter movement was made on a Facebook page to draw attention to the risk of professional clowns. Macaroni hopes it all calms down once Halloween has passed and business can go back to normal.

Luckily the craziness of this all has not landed anyone in a serious injury or death. Most of the creepy clowns have been proven to be pranksters and nothing threatening.

On Oct. 12, Facebook Page Clown Hunters posted a warning that started the rumors about the “Purge” night happening right before Halloween.

The post said “WARNING clowns are allegedly planning their own purge the night before Halloween. Stay inside, keep all pets inside and keep all doors and windows locked. Share this post with your family and friends!”

Snopes.com proved them to be false. There also hasn’t been any actual reports of the purge night being true. Even though that doesn’t mean the clowns won’t cause any trouble or fear.

Everything was pumped up to be a crazy Halloween. With the clowns running wild, towns banning clown costumes and masks, and police taking extra caution with more patrol, nothing happened. The night before and the night of Halloween, no “creepy” clowns showed their face.

Even though nothing happened some parents of children were prepared for anything. Those who are able to carry, did so and while others that could not, they carried bats around for extra safety. Maybe the extra protection wasn’t necessary but with all the craze going around, no one actually knew what was going to happen.

The night before Halloween came and went and with little incident. Hopefully, good news for Macaroni and the rest of the hard working entertainers in the industry.