Return Of The Millennials: Generation Y Strikes Back 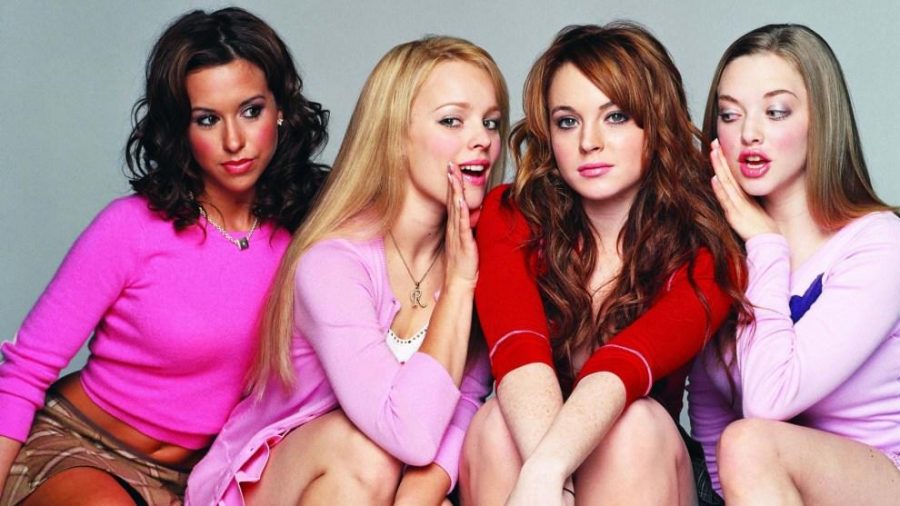 Okay, Generation X. We get it – some of our favorite movies came from your time.

We are the one-click generation. Because of the internet, everything old is a new again – we can watch and steal the movies, mannerisms and ideals of any generation, and apply it to our lifestyle however we see fit.  Jealous?

That doesn’t mean we don’t have a few gems of our own, and if you want to be able to relate to us, well, don’t watch any of these movies on DVD. We are all about instant gratification, downloading movies and songs is passé, and it’s all about streaming.  FIY – we don’t think anyone is “uber-cool,” so you can just stop saying that.

We are an amplified version of Generation X with the desire to do everything more extreme. We want to party more, bully harder, and share it all on Facebook and Instagram.

These are the movies from the late 2000s that define us, the indefinable generation. We aren’t so different. Just remember, some of your favorite movies and some of ours do draw some parallels. You were young once, remember?

Don’t be that stuffy boss and cut us some slack! If you could just remember how much you hated your Bill Lumberg-esque boss and chill, that’d be great.

And because Gen. Yers always have to try to upstage the Gen. Xers, ten movies isn’t good enough. So this list gets 11.

Not many things represent this generation more than love and breakups. It seems to be what our lives, and art revolve around. High school is the perfect example of where this happens often. 10 Things I Hate About You is a perfect representation of what can happen in high school and it says so much about what our generation faces when it comes to relationships. We learn about the things we hate, and fall in love with them.

For some reason, this generation has taken it upon itself to declare their love of musicals. Especially ones involving the Disney Channel and high school depictions of it. With shows like Glee, and movies like High School Musical, no one is safe from the singing and dancing teenager.

High School Musical is the essential dancing and dreaming feel-good story. As most know it’s a love story centering around two, stay with me, high school aged teens who meet, fall in love and sing and dance their way to learning important life lessons, all while being themselves. It’s the kind of movie that will make you want to take up dancing and show everyone you’re awesome singing chops.

Also, Zac Efron. That really should have been the summary, because it really is the only thing that matters in the movie.

Though the act of working hard and putting yourself through school is timeless, the attitudes generally change with the age groups. This generation tends to not give a damn.Working in the bar and restaurant business is a trap, and this movie epitomizes those of us who were in absolutely no rush to get our 401Ks started right after graduation. We see how getting comfortable in a sub par job at a job where the income depends on efforts as well as experience and sanity depends on hijinks to help pass the time can leave one with little to no motivation.

In 2005, starring Bernie Mac and Ashton Kutcher gave us an updated, role-reversed telling of Guess Who’s Coming To Dinner. The movie centers around the “issue” of bi-racial couples. The couple is not really the issue in this movie. The issue is the reaction that society gives couples that are not of the same ethnic group.

In the movie, Theresa Jones, who is a black, brings home Simon Green, who is white, but fails to notify her family beforehand. Percy Jones, who is the father of Theresa, does not like the two together and does little things to try to separate the two, but in the end he realizes that its not the skin color that matters.

The movie has a comedic way of showing how Percy sees the couple.

High School was god awful, and Easy A just goes to show how one false rumor can totally spread into a whole other situation. Young women always give off a fake persona, especially in high school, just to try to fit in. So, when the pressure is too much, a lot of young women just accept the stereotype people associate themselves with instead of challenging it.

This movie is all about realizing that you don’t need to pretend to be something you’re not. Plus, Emma Stone is hilarious. How can you not love this movie?

It’s all about the summer effect. And low and behold, maybe Gen. Y’s women are holding more of the cards in the love game. Yes, here comes the independent woman. Who needs the flowers and the lovey dovey stuff? Uh oh, the woman are starting to sound like the men…

So Tom’s infatuation leaves him heartbroken. The tables have turned and the story is no longer about boy meets girl, they fall in love, and live happily ever after. Instead it’s the opposite. Friendship has a new definition and having a no-strings-attached-relationship does not exist. There comes a point where expectation and reality will not ever meet.

The viewer experiences the same emotions as the character, they fall in love with the relationship between Summer and Tom, and hope for one thing to happen and it doesn’t. It is realistic, and the best part is the girl doing the heart breaking in this one.

Being in college is a challenge in itself, but getting into college can be even rougher. This film stars the dream college that everyone wants to go to. Classes that you want to take, different types of people, and drunken professors. That is the South Harmon Institute of Technology; the S.H.I.T college. Nothing shouts our generation more than a dream college with alcohol, strippers, concerts and wiener mascots. But just in case you can’t get into this dream college, nothing says more about this generation then the imagination that it has and the want to create. Bartleybe Gaines, Sherman, Glen , Daryl ‘Hands’ Holloway, and Rory Thayer  helped all of this magic happen.

Not to mention, isn’t the new trendy slogan about college these days that “you don’t really need it.”

Here is to the generation of wiener costumes and fake colleges!

For the latter Gen-X’ers, the word “jackass” might be a bit offensive, but for Millennials, the word will forever be synonymous with a lifestyle.  A lifestyle that was quickly embraced and idolized by the entire generation of Millennials.  What other generation could take a word like “jackass” and turn it into something cool?

Since being better than everyone else and the thirst to seek the most attention are some of the characteristics that are used to define Millennials, it isn’t surprising that a group of low budget actors, performing acts of bodily harm and overly dangerous stunts, would be transformed into celebrities and quickly become household names.

In 2002 “Jackass; The Movie” took some of MTV’s most popular reality stars and and their insane antics, and put them on the big screen for the world to see.  Johnny Knoxville, Steve-o, Bam Margera, Chris and Wee-Man, captured the Millennials’ minds and hearts,  as well as set trends in what would result in a slew of teenage injuries and spin off shows.

Never in the years since it has come out has a film defined what high school is like for this generation better then Superbad.

The story of two life long friends going on a ludicrous adventure to attain booze for a party is one that any graduate in this generation can relate. There are those of us who can relate to doing crazy things to impress a girl, those of us who got into trouble over the oddest things and those of us who were scared of change and the unknown.

We also knew people were just like the characters: Every one knows a Seth, the loud, vulgar, party boy. Every knows an Evan, a shy, quiet person who keeps to himself and every one, in one point of their lives or another, knows a McLovin, that one strange, but unique individual.

We didn’t know it at the time, but Superbad had detailed what the end of some of the best years of our lives would be, but we wouldn’t have to worry about what came next. Most of all, it showed the strong bond between two friends and no matter what happens, through fights and having no other choice but to go down different paths, you would still be friends.

That’s something anyone can relate to, no matter who you are.

And of course, there is the wonderful experience of getting your first fake ID.

Generation Y is perfectly portrayed by the incompetent and arrogant Mark Zuckerberg, his short temper, low attention span and huge ego completely personifies the millennial generation. Facebook has created a nation of narcissists and emphasizes how human interaction has become obsolete. We all have a Facebook and we are all connected so why should we have to actually talk to each other?

“We lived on farms, then we lived in cities, and now we’re going to live on the Internet!”

We as a generation like to believe ourselves as indefinable, as utterly unique as a snowflake. So it is with great irony that we proclaim Mean Girls to be a movie that defines and typifies this generation. We fought long and hard about this movie’s inclusion in this list and its placement, but the truth is that even if your high school was completely different from the one depicted in Mean Girls, you recognize these people they were your friends, your enemies or your crush.

With a pre-train wreak Lindsay Lohan doing voiceovers of the action as if you were watching a wild life documentary and written by the brilliant and talented Tina Fey, this movie opened everybody’s eyes to what teenage girls are really like.

While artists like Pink and Pharell proved the soundtrack to the cattiness. Whatever you say about this movie we have all wished we could get back at somebody the way Janis does, and we have all had a conversation where we have quietly thought “Boo you whore!”

Though we are sad to admit that after 10 years the word fetch, still hasn’t happened.  Yet.