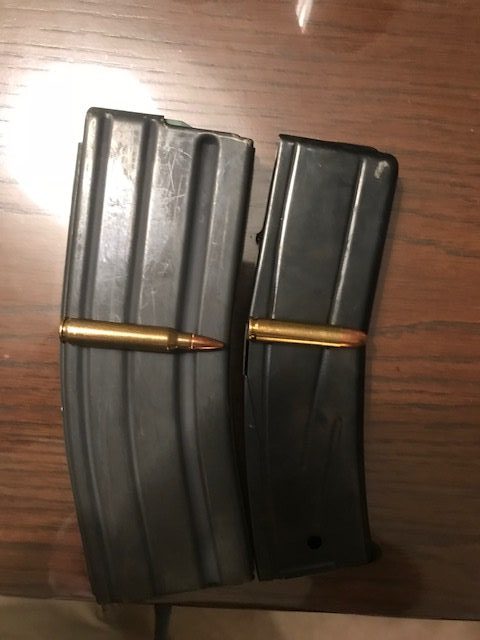 Since 2007, at least 173 people have been killed in mass shootings in the United States involving AR-15s, according to a New York Timesanalysis.

No one would have expected that the popular military-style rifle would be involved in some of the bloodiest mass shootings in history including Las Vegas, Sandy Hook, and San Bernardino when the AR-15 was introduced to the United States military in 1961.

While the initial design for the AR-15 was patented and solely manufactured by Colt’s Manufacturing Company, the famous gun manufacturer’s patent expired in 1977. Since then, other companies have begun to market their own version of the AR-15 design although the term is trademarked by Colt.

As of March 2018, there are nearly 4,000 locations across the United States that are licensed to deal Colt’s Manufacturing Company guns. There are 272 locations within 200 miles of the Mercy College Dobbs Ferry campus that are authorized to sell Colt rifles and pistols.

Colt’s Manufacturing Company offers training classes through their websitein order to teach law enforcement and military officers how to properly utilize the artillery but in order to register, there are strict requirements. For example, a three year LE Armorer Certification for each discipline is required as well as students demonstrating proficiency in areas such as disassembly, reassembly, identification of mechanical deficiencies, and corrective actions. In addition to this, the student must also score at least 70 percent or better on the Armorer written exam.

After a few moments of confusion, he answers, “They’re both the same, but which looks scarier.” 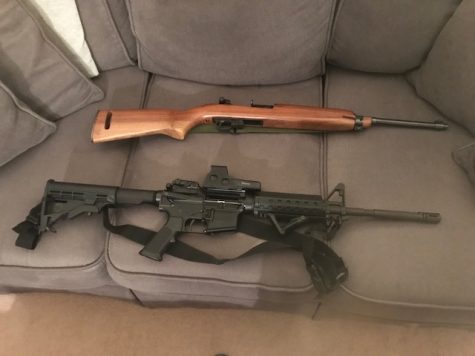 Political extremism has bred an environmental anger in this discussion. Statistics can and have been interpreted to represent personal and political agendas. Experiences prove different theories to different people. In a climate where safety is a term that is not so easily defined, it all may come down to “to carry, or not to carry.” Every argument regarding firearms and gun violence clashes at gun control.

Riley had a twenty-year career in the New York Police Department, before he continued his expertise as a firearms instructor at Blueline Tactical Supply in Elmsford.

For Riley, the answer is not purely about control.

“Look at the Chicago murder rate, and they have some of the strictest gun laws in the country.”

Riley believes that there is an alternative method. “I, and most police are for regulations for people who want to own a firearm. But banning and restricting guns against legal gun owners is a waste. Drugs are illegal, and yet people still seem to find a way to get them.”

A report in the latter half of 2017 stated that the majority of illegal guns used in violent crime in Chicago were from out of state. The idea that those who intend to bring about violence will find a way to do so, meaning that restricting ownership of guns for the majority of people who legally and responsibly keep them will not solve the issue. 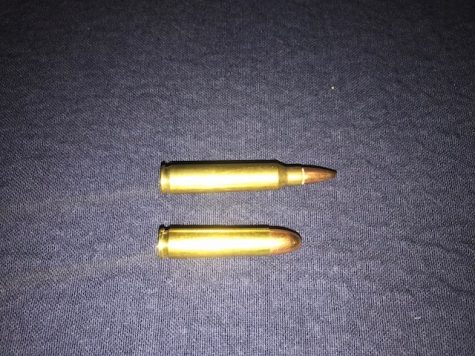 So if gun control will not be sufficient in solving violent shootings, what will? Some have suggested that implementing armed teachers in schools would prevent further school shootings. But for Riley, he feels that this will not work either.

“After the shooting in Florida, everyone went on about arming teachers. I don’t think that is a good idea.”

Riley believes this will prevent teachers from actually helping those they are responsible for, their students.

“Teachers are responsible for their kids, so are you going to have teachers possibly leaving their kids to hunt down an active shooter?”

Riley is also cautious about the validity of armed guards and whether law enforcement actually believes that they would be beneficial or actually harmful. For Riley, it would be difficult to gauge whether everyone would be qualified for the position, in particular, how proficient they are at firearms and how long they have been trained.

“Every individual is different. Some catch on sooner than others. It also comes down to practicing. They have to have the time and money and if you’re doing it wrong, you’re going to continually practice bad habits, while someone who is properly trained will become more efficient.”

For Riley if anyone is to become an armed guard on campuses or schools that person needs to be highly trained, and recommends “retired law enforcement, military, or people with good standing.”

Another action in which Riley believes could become more fruitful is to bridge gaps in mental health awareness, and communication within law agencies. In the case of Parkland, both local law enforcement and the FBI missed crucial signs a tragedy was imminent. For Riley, this is a major  issue.

“The local law enforcement did not notify the FBI that Cruz was mentally unstable; he legally purchased those firearms, and went through a background check.”

This was a crucial misstep, because according to Riley, had the data been shared, the purchase would have been denied.

“If the local law enforcement did notify N.B.I.B (National Background Investigations Bureau) and that information was supplied to the database, it would have been flagged and he would have been denied purchase.”

Riley believes that this misstep contributes to the narrative on failed background checks. “People are under the misconception that not everyone gets a background check. For any firearm purchased in a gun store, anywhere in the country, a background check must be performed before release of a firearm.”

Perception, as in most cases, is a major component of the gun rights/control debate. One such area that is continually misinterpreted is the actual definition of what an AR-15 or assault rifle is.

The “AR” is commonly misinterpreted as a pseudonym for assault rifle, or automatic rifle, yet it stands for ArmaLite Rifle, which was the name of the company that produced it in the 1950s. The classification of an actual “assault rifle” is one that is fully automatic, essentially a machine gun, or as described by an article in The Blaze,“Firearms for use by the military are able to shoot continuously with one pull of the trigger, machine-gun style. Civilian firearms, on the other hand, only allow one shot per trigger pull.”

Because many gun manufacturers produce their own version of the ArmaLite, Colt having the patent, the “AR” is more of a style of weapon, not a singular rifle, meaning that a wide variety of culprits are often lumped under one umbrella term of “AR-15.” The term “Military Rifle” is also common when referring to the AR-15, when in reality it simply bears a visual resemblance to its actual military counterpart, the M-16.

The different between what people perceive versus the reality is what makes a productive conversation difficult, says Riley.

“People think of an AR-15 and they think military rifle. They see the features, pistol grip, collapsible stock and they think deadly weapon;  they look at an M1 and they see hunting rifle.

The M1, an actual military rifle doesn’t bear the same “militaristic” look as the AR-15, but it carries the effectiveness of a military rifle.

Both weapons are semi-automatic, and the M1 becomes vastly deadlier at range. That is the issue that Riley is trying to convey, that perception paints an uneducated picture and that people jump to conclusions without research, as when he placed the two magazine cartridges onto the table side by side.

Knowledge is crucial, he says, and perhaps a step in the direction of arriving at a realistic compromise that both sides can agree to.