On Healthcare and the Supreme Court 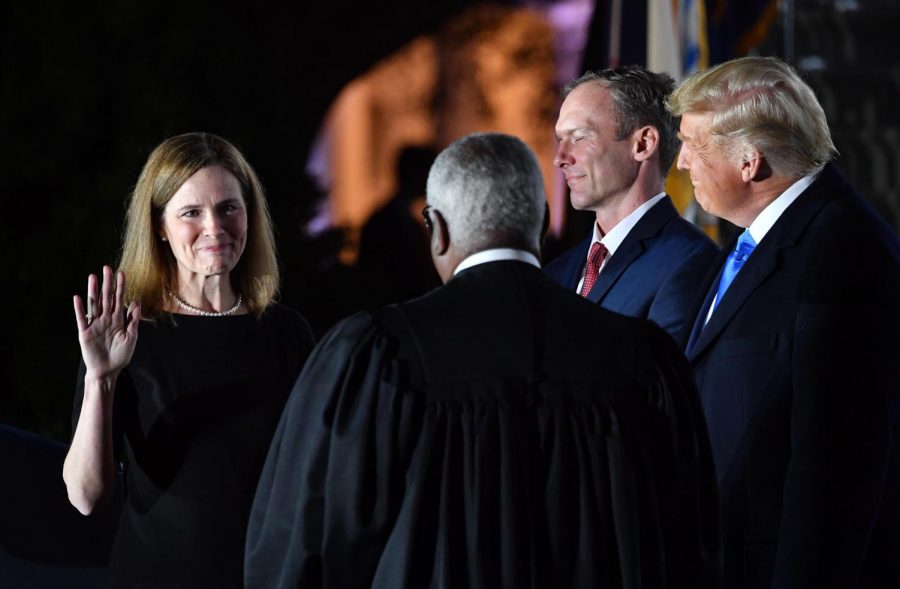 Trump, with Senate approval, appointed the judge to the empty seat because the vacancy occurred during his presidency. He praised Barrett for her academic achievements and was proud to appoint her to the highest United States court.

Her stance will give Republican ideals a 6-3 majority in the Supreme Court.

Biden felt it inappropriate for Trump to appoint a justice shortly before a presidential election and worried that the appointing of Barrett would unbalance the courts. He mentioned her rumored viewpoints to help overturn Roe v. Wade. Making the law unconstitutional would take away a woman’s right to have an abortion.

Biden’s disapproval of Barrett continued with her viewpoints on healthcare which align with Trump’s plan to overturn the Affordable Care Act (Obamacare).

Over 20 million Americans receive their health insurance through the Affordable Care Act. The Trump Administration is advocating for the Supreme Court to overturn it.

Trump brought up that by terminating the individual mandate, which required them to pay pricey amounts for the privilege of not having to pay for “bad” health insurance, he already benefited the American people.

He explained his plans to get rid of Obamacare and offer a brand new, “much better” health insurance, still with no individual mandate, that will always protect people with preexisting conditions. If his new plan falls through, he said he will then bring an even better version of the ACA back.

Trump also plans to lower drug prices and mentioned that Biden could have lowered drug prices during his 47 years in government but chose not to.

Biden claims that Trump has no concrete plan and only provides the American people with wishful thinking and empty promises. His plan is to pass Obamacare with a public option and call it “Bidencare.” The public option means that if one qualifies for Medicaid but does not have the wherewithal in their state to get Medicaid, they will automatically be enrolled in Bidencare. Within this, he plans to reduce premiums and drug prices.