On Race in America 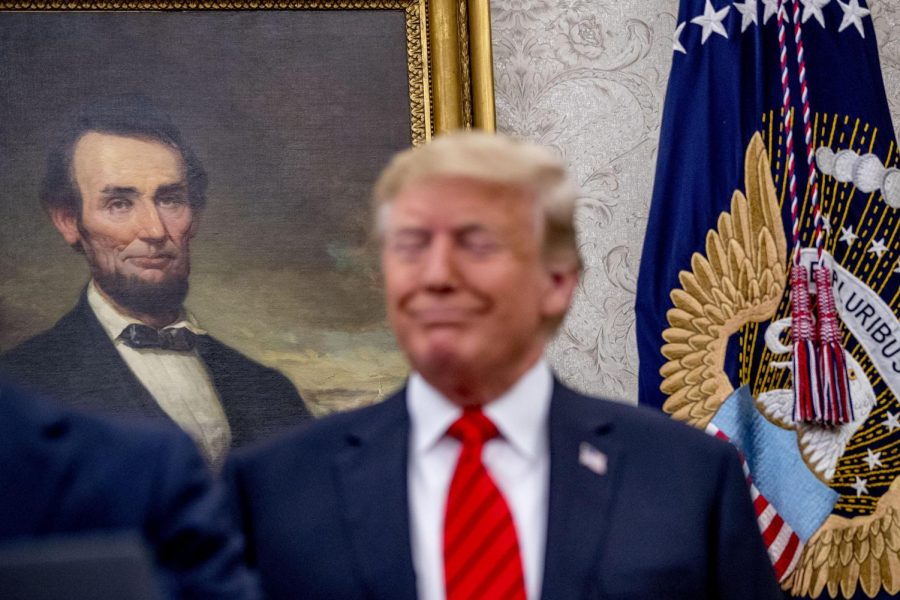 Under the umbrella category of racism, the two candidates were often asked to speak directly to the families who are allegedly targeted by police and others and fear for their children solely because of the brown or black pigment in their skin.

“With the possible exception of Abraham Lincoln, no one has done for the black community what Donald Trump has done,” he said, referring to himself in the third person.

He stood firm in his belief that his relationships with all kinds of people prove that he is far from racist, despite what some Americans might think. He went on to support his claim with mention of having taken care of criminal justice and prison reform, black colleges and universities, and opportunity zones with 10-year long-term funding during his presidency.

Trump said that the first time he had ever even heard of the Black Lives Matter movement, it was while they were chanting public defamations about police officers such as: “Pigs in a blanket! Fry ‘em like bacon!” His first impression of the movement was that it was a terrible thing; a symbol of hate. Ironically following this, he was accused of contributing to a climate of hate and racial strife himself, and his reason for explaining his first encounter with BLM was to defend his own honor in that regard.

Trump sees the violence that ensued in major cities across the country as being initiated from left-wing extremist groups rather than right-wing groups. The death of George Floyd, Breonna Taylor, and countless others led initially peaceful protestors onto city streets to march against police brutality and injustice. These rallies later became violent, causing the destruction of many stores, restaurants, and small businesses – including those owned by black-Americans.

Trump announced that the country must take action against Antifa and the left before the rioting and looting get completely out of control. He refused to condemn the white supremacists in this instance, stating the riots were coming from a place of leftist extremism.

However, Trump has blatantly denounced the Ku Klux Klan, neo-Nazis, and white supremacy many times, calling them “repugnant” to America.

Trump believes that Biden does not actually believe in law and order, and lacks the will to send the national guard into cities to stop ongoing violent protests throughout the country. He called Biden out for referring to black-Americans as “super predators” in the past, and again, his lack of action as Vice President during the Obama Administration.

Trump rationalized the ending of racial sensitivity training because, in his opinion, the nature of the program is racist. He said the government pays hundreds of thousands of dollars for a system that encourages people to hate America. The training of police officers to treat black-Americans differently than the rest of the American citizens is a racist sentiment in itself.

He continues to confirm his strong belief in law and order and that many of the top cities in America are run by radical left democrats.

Biden agreed with the sentiment of systemic racism and injustice existing throughout the country. He said that all black people, regardless of their income or social status, are victims. He mentioned that the country had continued moving closer and closer to treating every person equally but took a backspin during Trump’s presidency.

He believes that Trump is a racist that continues to divide the nation with irreverent acts such as breaking up a peaceful BLM protest to pose for a photo op in front of a church.

After a Ku Klux Klan attack in Charlottesville, Virginia, Trump’s comment referring to them as: “fine people on both sides,” Biden considered: “horrible beyond what any president has ever done before,” rather out of context as Trump explained that just as there were some fine people, there was also blame on both sides.

Biden has expressed that most police officers are good people, but there are always “bad apples in the bunch.” He wants to band groups from all over the country and bring them to the White House to work out a way to hold criminal police officers more accountable for their crimes.

“Americans are one,” he said. “And this is the only way to bring the country together. Violence in response [to these issues] is never appropriate.”

Biden advocates for more assistance to law enforcement, not defunding the police: a system of law and order where all people are treated fairly.

In his exact words: “I never had to tell my daughter if she’s pulled over make sure she puts, for a traffic stop, put both hands on top of the wheel and don’t reach for the glove box because someone might shoot you.”

He continued: “But a Black parent, no matter how wealthy or poor they are, have to teach their child when you’re walking down the street, ‘don’t have a hoodie on when you go across the street,’ making sure you in fact, if you get pulled over, ‘yes, sir,’ ‘no, sir,’ hands-on top of the wheel because you are, in fact, the victim whether you’re a person making $300,000 a year person or someone who’s on food stamps.”

He made clear his opinion that America is troubled with institutional racism.

He didn’t miss his chance to respond to his opponent with a certain air of diatribe: “Abraham Lincoln here is one of the most racist presidents we’ve had in modern history.”